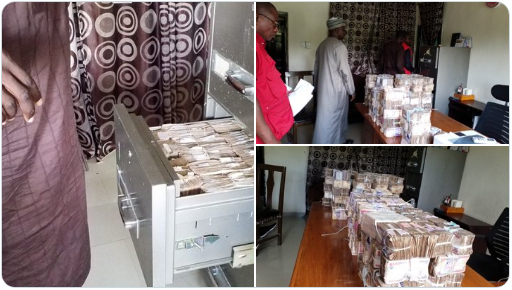 The Economic and Financial Crimes Commission (EFCC), has recovered the sum of N65,548,000 million from Zamfara office of Independent National Electoral Commission (INEC).

The money, which were in four bags of ‘Ghana Must Go’ were recovered by the EFCC officials of Sokoto zonal office during a search conducted in offices of the HOD Accounts and Cashier of the INEC, Zamfara State. 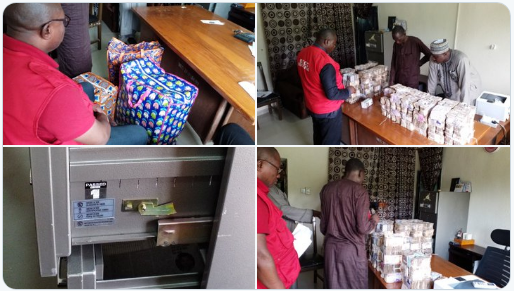 The money, according to the EFCC, is suspected to be 40% illegally deducted on funds released to the INEC office in Zamfara, to cater for the rent of canopies, tables and chairs, as well as funds for Registration Area Center (RAC) and movement of men and materials to polling units, by the HOD Accounts & Cashier.

The commission said the suspects would be arraigned in court as soon as investigation is completed.

The EFCC said that each of the 106 boxes was meant to contain N10 million of N1000 denomination, instead, they were found to be containing interleaves and lower denominations such as N100, N50, N20 and even ordinary papers.