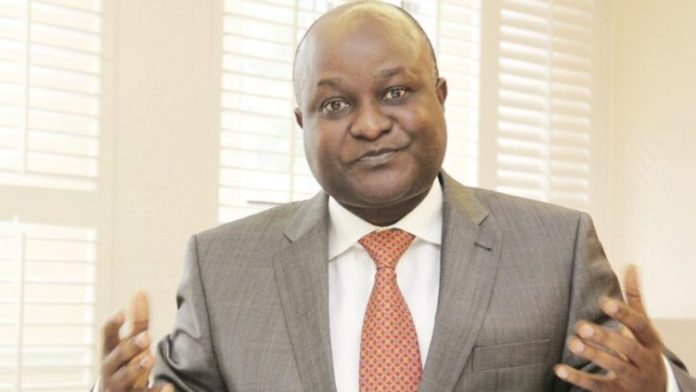 Recall that Titan Trust Bank Limited of which he is the chairman last week acquired 89.4 percent state in Union Bank of Nigeria Plc fueling speculations that he owned the 3-year old bank, and by extension, the new owner of Union Bank.

Titan Trust Bank Limited, which barely three years ago won the central bank’s permit to run within Nigeria, is acquiring 89.4 per cent stake in Union Bank of Nigeria Plc.

However, in a statement on Christmas Day, the former Deputy Governor of the Central Bank of Nigeria, said he is just a nominal shareholder of Titan Trust, but was made Board Chairman to provide leadership given his pedigree.

According to him, Titan Trust Bank is 85% owned by Vinc Corporation- a foreign company while the remaining shares are owned by local shareholding.

“My shareholding is therefore very tiny and insignificant. I am only providing leadership”.

“Titan trust Bank is owned by the TGI’s parent company, Vinc Corporation which is a conglomerate of 24 companies, out of which Chi Limited that was recently sold to Coca Cola for $1bn, is the most popular. They are in almost every sector of the economy from Agric to Pharmaceuticals, FMCG to Trading and others.

Titan, which started operations late 2018, was their first foray into the financial services sector. They have the ambition of becoming a tier 1 bank within a maximum of 7 years and therefore were always going to pursue inorganic growth.

He said the desire of the Private Equity Companies that owned UBN to sell matched their appetite and intention hence the deal.

Industry analysts believe that this is probably the first deal within the banking industry that is arising out of such alignment of objectives rather than out of a need to rescue the target bank.

To achieve Tier One growth in seven years, Titan will have to buy First Bank, and perhaps another Tier Two Bank like Fidelity Bank.