Some 381 people have been confirmed to be positive with Lassa fever, in Nigeria, as at February 24.

The Nigeria Centre for Disease Control on Friday said since the onset of the 2019 outbreak, the country has recorded 83 deaths in confirmed cases of the disease.

This brings the case fatality ratio in confirmed cases is 21.8 per cent.

Nigeria, since January has been witnessing outbreaks of Lassa fever. In January, NCDC declared a Lassa fever outbreak in the country.

Mr Ihekweazu said in the last three weeks there has been a consistent pattern in the number of confirmed cases and death recorded across the country.

He said there has been a steady decline in the number of cases in 2019 as compared to the 2018 outbreak.

Mr Ihekweazu said his submission was based on the outbreak review meeting convened by NCDC on February 15.

“The significant improvement in the 2019 response is as evidenced by the early decline in the number of cases when compared to the 2018 outbreak,” he said. 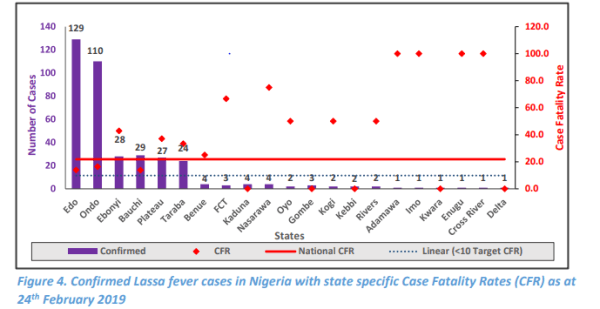 Statistics from NCDC shows that from January 1 to February 24, a total of 1249 suspected cases have been reported from 21 States including the FCT was at least one case was confirmed.

The confirmed cases were spread out across 66 Local Government Areas in the 21 states. 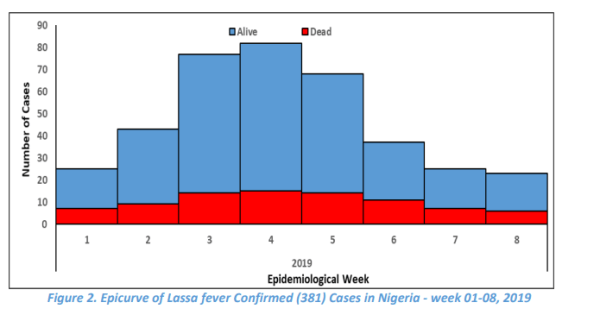 Meanwhile, since the beginning of the year, 1279 suspected cases have been reported from 32 States including FCT.

This brings the total of health care workers who have been infected since the onset of the outbreak to 15.

So far, Edo, Ondo, Bauchi and Ebonyi has been topping the chart of the most infected states.

A total of 4499 contacts have been identified from 18 States. Of these 1987 are currently being followed up, 2461 have completed 21 days follow up, while 4 were lost to follow up.

77 symptomatic contacts have been identified, of which 47 have tested positive.

As part of the response coordination, NCDC said it has provided an ambulance to Federal Medical Centre, Owo Infection Control Centre. 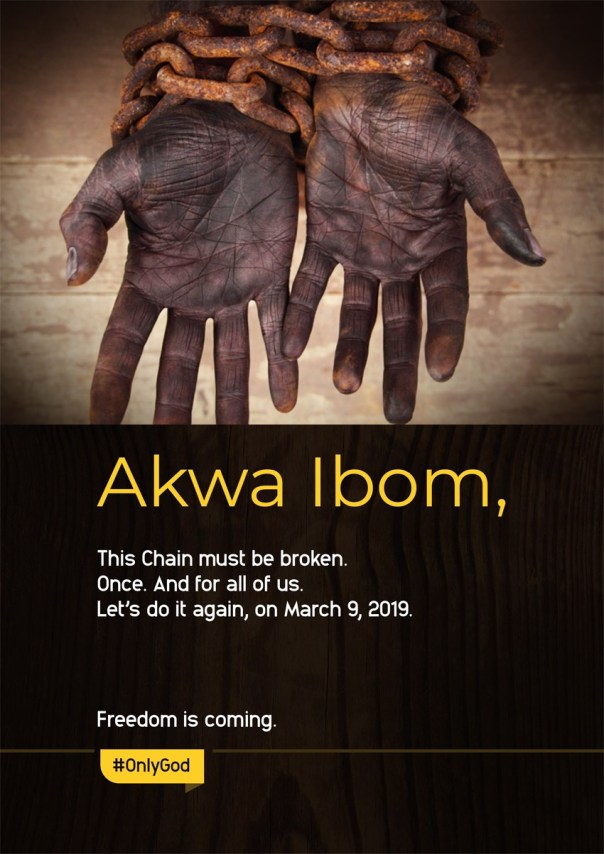 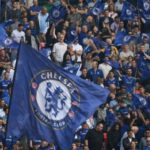 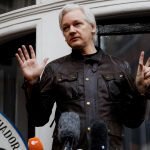 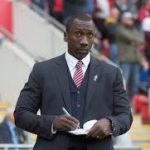 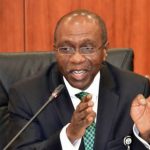 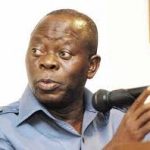