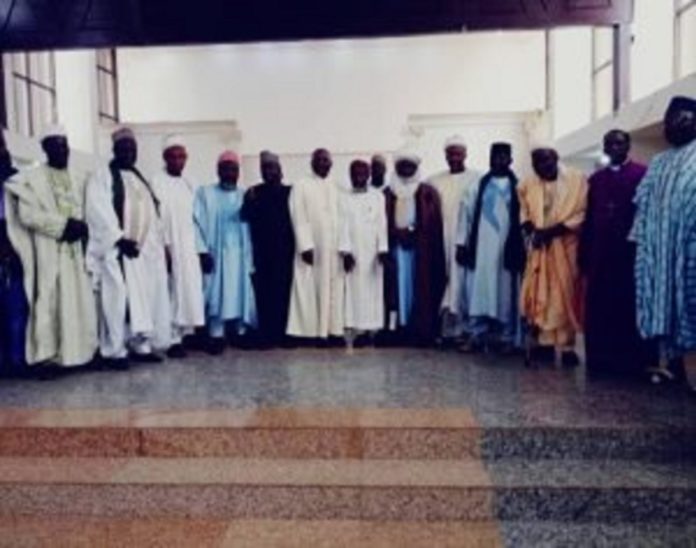 Muslim and Christian leaders in Kaduna State,  on Saturday, agreed to support Federal and
state governments directives on the closure of worship places and stoppage of
large gatherings over Coronavirus pandemic.

The decision was reached in Kaduna at a meeting between  government and major stakeholders to
enlighten religious leaders on the need to advocate and support measures rolled
out to curtail the spread of Covid-19.

Dr Mohammad Adams, Chief Iman of Sultan Bello Mosque, Kaduna
said Covid-19 was real, especially as it was reported with high record of
deaths all over the World.

He assured that they would lead by example and encourage all
Muslims to abide by the state government’s directives, saying, it was not
contrary to the teachings of Islam.

Adams explained that, already the same decision had been
taken by the Supreme Council for Islamic Affairs.

The Imam emphasised the need for people to obey the laws of
the land and all other measures adopted by government to stop the spread of the
virus.

“We are happy that Federal and state governments came up
with the idea of stopping people from attending large gatherings.

“We have no problem with the decision because we are aware
the decision is for the welbeing of Nigerians,” he said.

He called on all Christians to worship at home, saying, God
hears and answers prayers wherever you are.

“You can pray alone or with your family, God listens and
answers”.

Speaking on the pandemic, Dr Neyu Iliyasu, a Director with
the state Primary Health Care Development Agency, said government was taking
all necessary measures to curtail the spread of the disease.

He said people should practice social distancing of about
1-3 metres, engage in serious hand washing and use sanitizer.

Iliyasu emphasised that the virus has no cure for now, but
said taking specific preventive measures will go along way in reducing its spread.