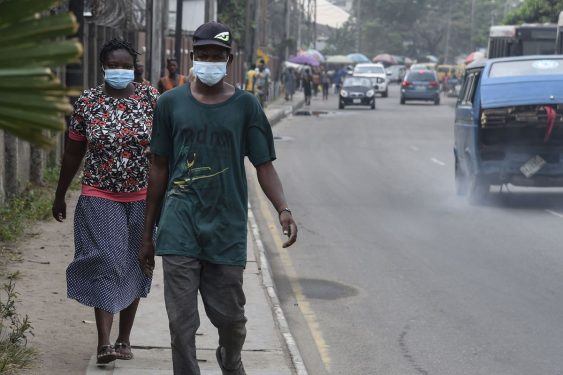 Gambian authorities were on Friday searching for 14 people who broke out of a hotel where they had been quarantined as a coronavirus precaution and escaped, health officials said.

The group was among 32 passengers who arrived on a flight from the United Kingdom on Wednesday and placed in quarantine in the hotel located in the capital Banjul.

In a statement broadcast on Thursday, Health Minister Ahmadou Lamin Samateh said that some quarantined passengers “apparently became aggressive,” broke down the hotel gates and ran away.

He added that the incident was “very, very detrimental” and created “risk for the entire nation”.

The tiny West African state recorded its first coronavirus case on Tuesday, in a young woman who also flew into the country from the United Kingdom.

President Adama Barrow had the same day announced measures to contain the virus, such as closing schools and placing arrivals from affected countries in quarantine.

Underscoring the difficulty of enforcing the rules, Modou Njie, a health ministry director, said that many passengers on Wednesday were uncooperative from the outset and squabbled about boarding the bus to the hotel.

He added that 14 people in total later fled quarantine.

“We are looking for them. We are trying to ascertain the nationalities of those who escaped,” Njie told AFP