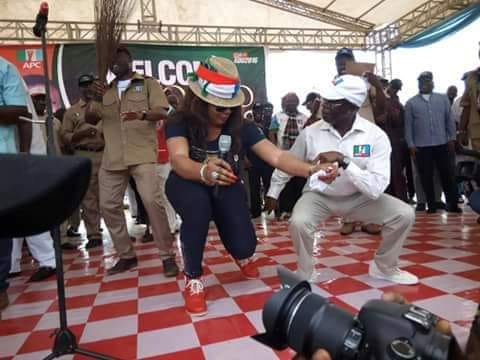 As opposition mounts, luck may come to the rescue of the APC Chairman Adams Oshiomhole from his adversaries, especially a loud band of politicians from the south south, including Transport Minister Rotimi Amaechi, his junior colleague Festus Keyamo, Gov. Godwin Obaseki, and others who began pushing Victor Giadom as the chairman’s replacement on Friday.

According to the party’s Deputy National Publicity Secretary Yekini Nabena, the conspiracy of the tiny south-south caucus is weak, and their choice Giadom is far from being qualified to replace Oshiomhole.

He urged the party and Nigerians to disregard the so-called zonal caucus meeting which held on Thursday at the Edo State Governor’s Lodge in Abuja.

“The meeting was neither convened nor attended by the APC National Vice Chairman (South South), Hilliard Eta and Leader of the party in the South-South, Deputy Senate President, Ovie Omo-Agege,” said Nabena on Saturday.

“Hence, all decisions reached at the purported meeting is a nullity and definitely does not reflect the views and stand of the Party’s South South caucus.

Speaking on the Amaechi-led group’s request that the APC National Executive Committee  confirm Giadom as acting National Chairman, Nabena said the party should not be exploited for the 2023 presidential aspirations of Giadom’s sponsor and godfather.

“It should be known that Victor Giadom tendered his resignation letter to the National Working Committee (NWC) to contest the 2019 election as the Party’s Deputy Governorship candidate in Rivers,” he said.

“It is strange and an aberration that he still attends meetings of the NWC, occupies the office of Deputy National Secretary and convenes a NEC meeting.

While their candidate has yet to officially debunked the resignation claim, the caucus has also been silent as the party’s NEC meets on Tuesday.

Oshiomhole has spent the better part of his tenure to wrestle frenemies in the APC, and those Nigerians will naturally point as as his backers have kept mute.

President Muhammadu Bhari and the party’s national leader Bola Tinubu have made no public move to shield their man so far. 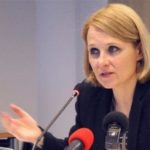 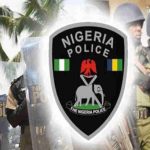 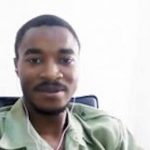 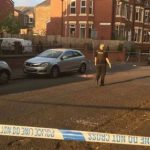 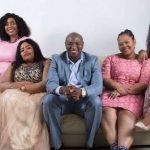