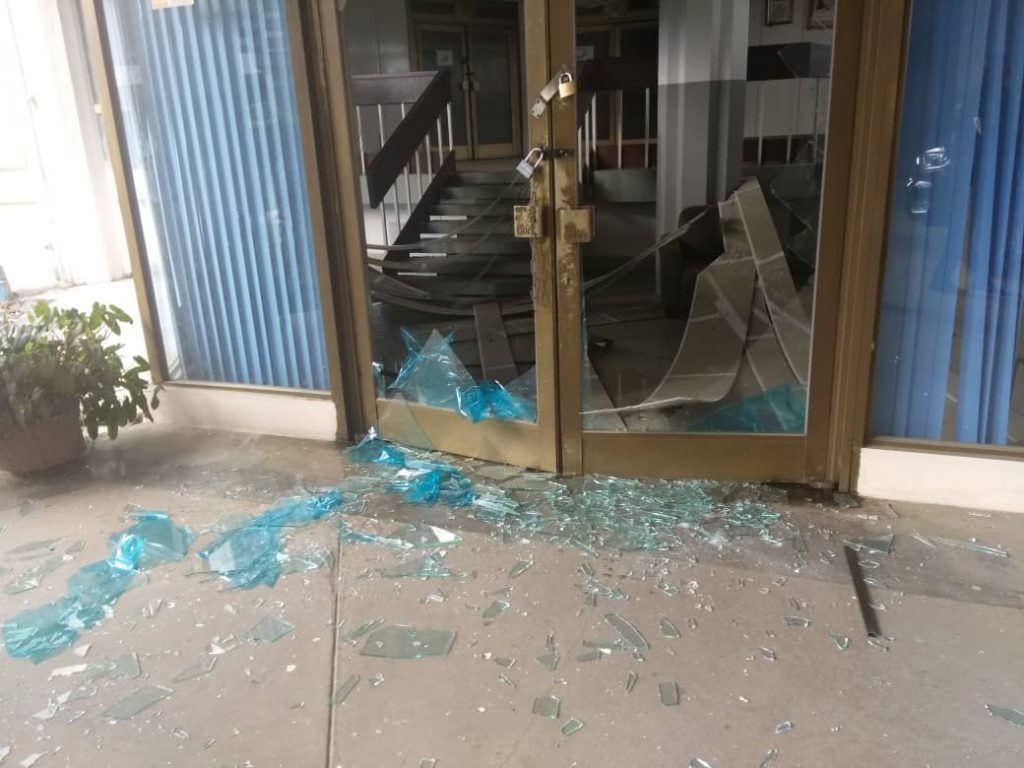 The Executive Director of the Lagos International Trade Fair Complex Management Board,Chief (Mrs.) Lucy Omosefe Ajayi has counseled victims of explosion that rocked the Abule-Ado environ early today not to give in to despair over the sad occurrence.

Chief Ajayi in her ever proactive manner that behoves a worthy amazon,made a quick dash to the area this morning having gotten the information of the sudden but shocking incident,which has destroyed many dwellings,business locations and schools.

The LITFCMB boss enjoined the individuals she met at the areas quite close to the trade fair centre, not to go close to the site of the ugly occurrence till the cause has been unravelled, as no one can state the cause of the explosion yet and their safety is paramount.

Accessing the impact of the explosion around the area,it was discovered that the Bethlehem Girls College Abule-Ado and Kovie’s secondary school  were the worse hit as the school rooftops got blown off as well as their window pane shattered,scores of people were injured as well.

Many buildings in the area were not spared by the shattering tremor of the explosion,the administrative block of the LITFCMB was also affected, as the glass shades were smashed.

The ED in company of some staffers,including her Chief of Staff,Mr.Victor Odigie inspected the doors,windows and ceilings of the complex shattered by the explosion.

It needs no gainsaying that the ruins caused by the explosion is a damning one,which will gulp a lot of money to restore back to shape, as many of the affected parts of the building were replaced not quite long ago in the ongoing rehabilitation of the Complex by the ED.

Chief Ajayi the Yeye Meso of Ado kingdom, while consoling the victims pleaded with the public to be law abiding and calm.

“The fire fighters are at their best with the help of law enforcement agents to put things in order.

“I urge all to stay calm and keep a distance from the scene of the explosion to ensure your safety first,that is paramount. “

According to the National Emergency Management Agency (NEMA), Acting Coordinator for Lagos Territorial Office,Mr.Ibrahim Farinloye,the explosion was not caused by NNPC oil pipeline disruption contrary to the widely circulated report.

Farinloye who described the sad occurrence as an implosion,relying on the information afforded by the Lagos State Fire Service on ground, links it to a factory located in Abule Ado area.

He noted that,”Emergency responders are on ground while others are still on their way to the scene. The situation is under control and we hope to get more information soon to ascertain its cause.”