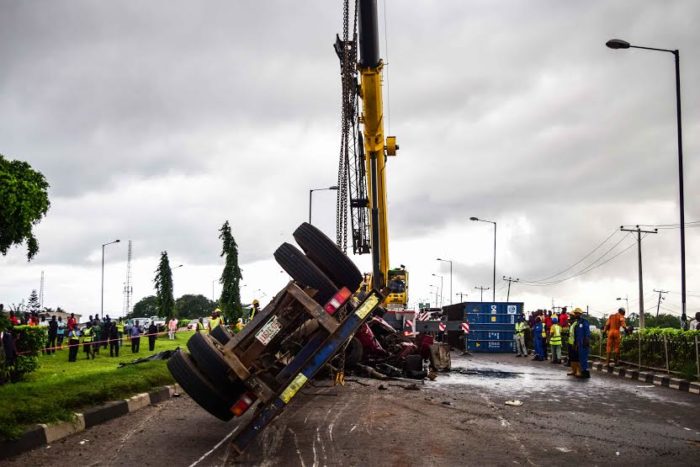 The accidented trailer being taken out of the road –>

Just for illustration: Accidented trailer being taken out of the road.

The Federal Road Safety Corps (FRSC) said three persons were crushed to death on Saturday while seven others were injured by a trailer along Gwagwalada-Kwali road in the FCT, Abuja.

The Corps Public Education Officer (CPEO), Mr. Bisi Kazeem, who confirmed the incident said that the accident occurred at about 08:50 a.m at Wazobia Park.

“At about 08:50 a.m, a trailer fully loaded with cows had lost control at Gwagwalada road while heading to Kwali.

“Our officers arrived five minutes after the crash and immediately swung into action to ensure those involved were rescued.

Kazeem said that the Corps had taken the injured victims to Abuja University Teaching Hospital, adding that efforts are being made to remove the trapped victims.