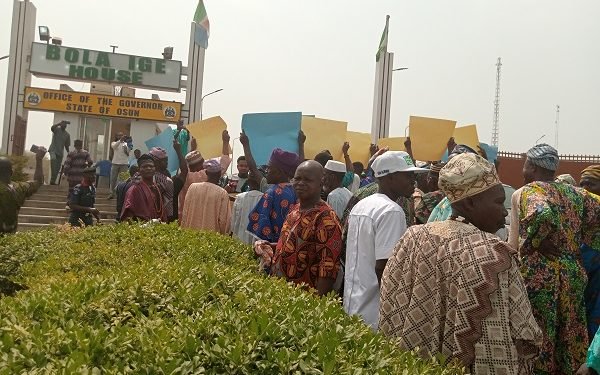 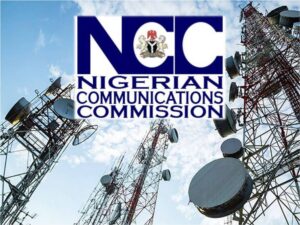 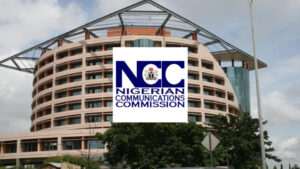 Indigenes of Osun State on Monday stormed the State Secretariat in Abere to demand the suspension of Oluwo of Iwo, Oba Abdulrosheed Akanbi, who allegedly assaulted Agbowu of Ogbaagbaa, Oba Sikiru Akinropo during a peace meeting over land on Friday.

KanyiDaily had reported that during the peace meeting which had other monarchs, top police and government officers in attendance, Oluwo of Iwo allegedly stood up from where he was sitting and descended on Agbowu of Ogbagbaa, inflicting serious injuries on him.

On Monday, February 17, 2020, residents from Agberire, Ilemowu, Ogbaagbaa, Ile Ogbo and Oluponna and Kuta all neighbouring towns to Iwo, stormed Abere Government Secretariat in protest, saying Oba Akanbi should be suspended to restore peace to Iwo and its environs.

The protesting locals bore placards with inscriptions such as: “Justice must prevail“; “Oluwo destroys traditions: Suspend him!”; “Oyetola save our souls” and “Suspend Rasheed Akanbi now”, among others. 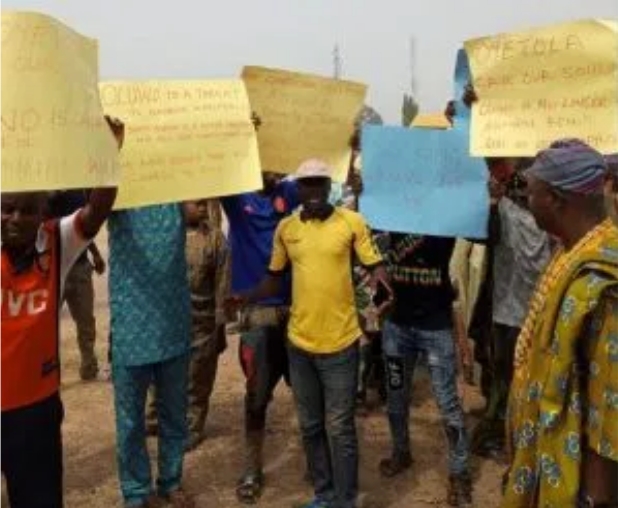 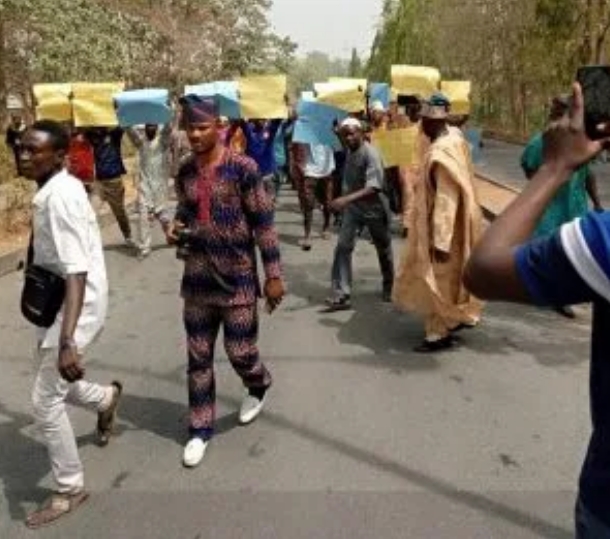 This is coming months after Oluwo of Iwo, Oba Akanbi revealed how Nigeria can use local charms to retrieve millions from the US treasury. 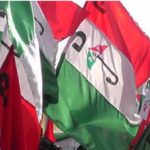 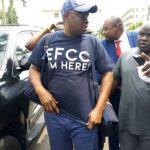 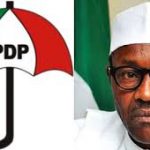 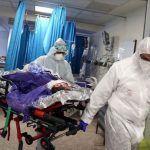