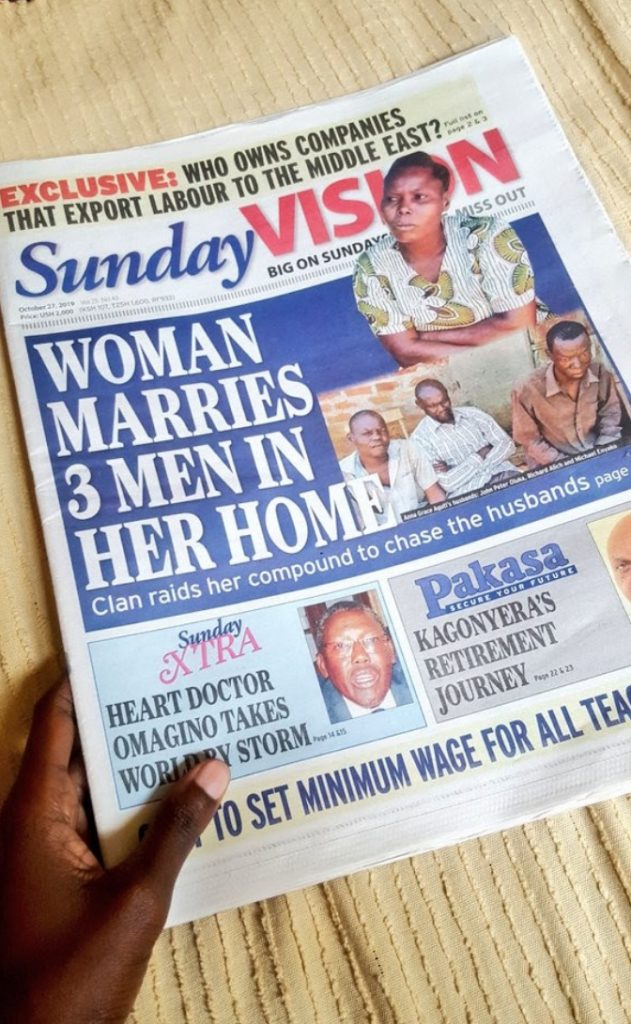 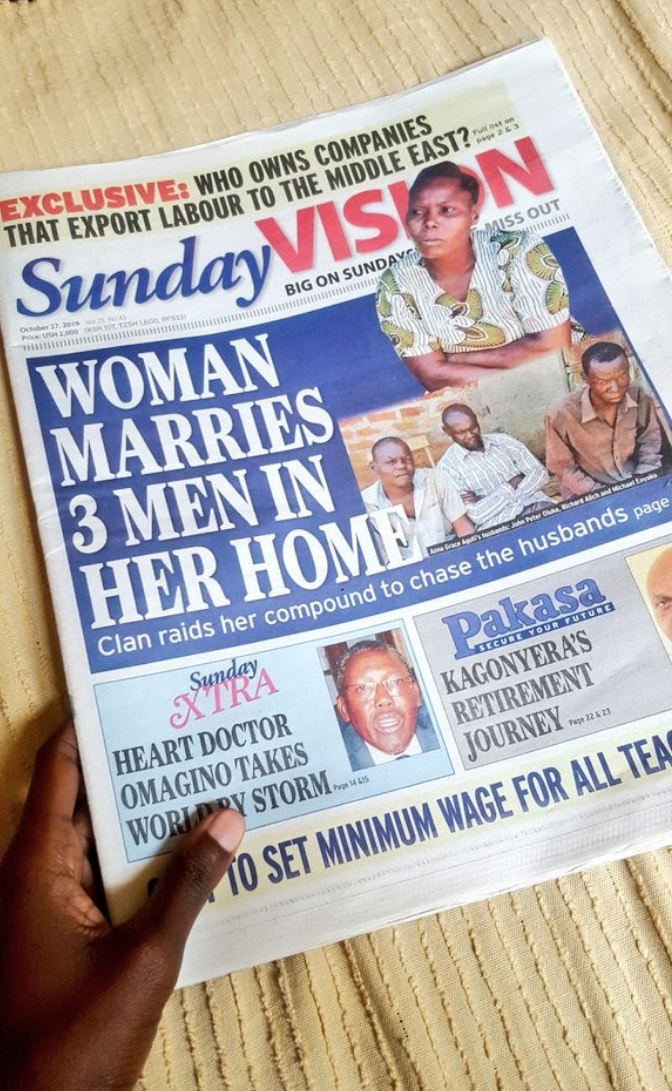 A 36-year-old daughter of a pastor went against her father’s approval and married three men, all of whom she keeps in the same house and has sex with then according to a roster.

Ann Grace Aguti married Richard Alich, John Peter Oluka and Michael Enyaku, and has allocated huts to each of them in a house sited on a piece of land given her by her father in Uganda.

Grace story made the front page of Ugandan newspaper after her unhappy father Pastor Peter Ogwang mobilised some family members to evict the men from the house.

Her father, Pastor Peter Ogwang of Christ Foundation Ministries, who mobilised the clan members to intervene, said the practice is unacceptable in the Teso community.

However, the three men said they have no problem with their marriage to Grace. They regard Grace as the head of the family, dine together during meals and obey her instructions, including observing the conjugal rights roster. 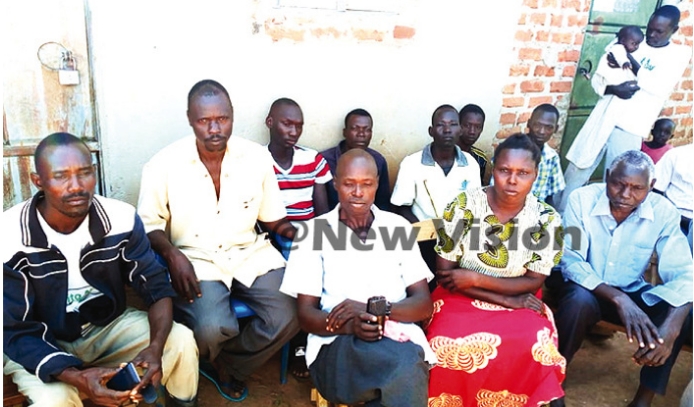 One of the husbands Richard Alich, a retired police officer with 10 grown-up children disclosed that he became Grace Aguti’s husband after he met her returning from Brac Uganda, Ngora branch to pursue a loan facility.

“Her bicycle had developed a mechanical problem, so I offered to repair it. In the process, one thing led to another and I found myself here. I stay in that hut,” he said.

Another one, John Peter Oluka also said she only joked with Grace Aguti to be one of her husbands and she willingly accepted it.

“I met her at a swamp where I was grazing my cows and joked about her taking me on as a husband too – and that was it. She allocated me a hut. We have lived harmoniously for close to a year now. I have no problem with my co-husbands. The consensus among us is that mummy (Aguti) determines the duty (sex) roster and her decision is final,” he claimed.

The third man, Machael Enyaku believes he is the favourite of the husbands. He said:

“When I came to her home, I found other men already husbanding her, but she chased them away because she reserves the right to admit anyone of her choice. I also strongly believe her pregnancy is mine.”

Grace who does not want to be seen as the village whore, explained her reason for engaging in a polyandrous marriage.

She appeared to be on a deliberate mission to challenge the traditional status quo which allows only men to marry more than one woman.

“I was married before in a manner my clan wants but my desire is to have a tender loving husband, who can provide all my needs as a housewife. My husband was useless and I remained the breadwinner. When I left him, I started looking for that special someone, but I have not yet found him because even now, I have to feed the men that I have. So, my search continues!” Grace Aguti said unapologetically.

Grace, a mother of three from the Ngora district is reported to be six months pregnant but it is unclear which of her husbands is responsible for the pregnancy. 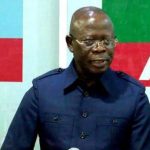