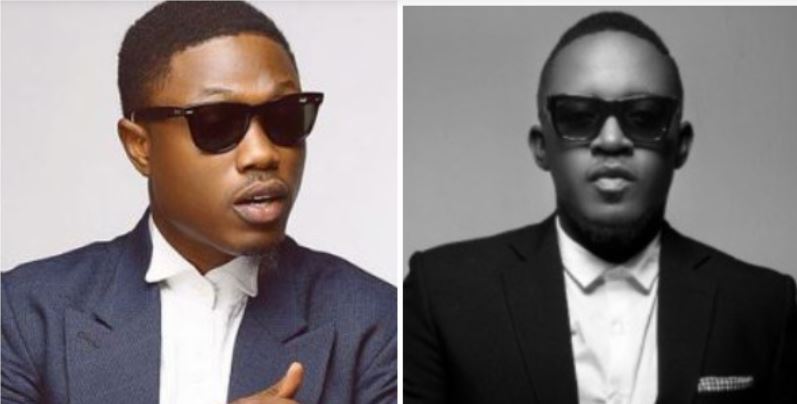 In what appears to be a comeback, rapper, Olanrewaju Ogunmefun, popularly known as Vector has released a diss track, where he attacked fellow rapper, MI Abaga, and dragged his brother, Jesse Jagz and even the former governor of Lagos State, Akinwunmi Ambode and a waste-processing company, he had introduced to the state, during his term in office into the melee.

Recall that the two have been involved in an ongoing ‘beef’, which has kept them in the minds of social media users and rap music lovers in recent times.

Vector released the track titled, Judas, the rat, on Friday, days after MI released his own diss track which he titled, The Viper.

In the diss track, Viper alleged that MI doesn’t really help entertainers as he had claimed in his earlier diss track.

MI in The Viper track had said, “See we rise by lifting others, who you lifted? Nobody in all these years. Can say that Vector put em in position wow.”

This line led to conversations on social media about how claim to relevance in the industry was tied to the number of persons that an entertainer had lifted to prominence.

Coming from that perspective, Vector hit out at MI disputing his claim that he had helped some entertainers.

In the Judas, the rat diss track, Vector said, “Jesse Jagz, you’re my buddy, I couldn’t do this in a hurry but the truth about your brother has been blurry. So sometime in this sermon, I will say some uncomfortable facts to show his fans their GOAT (Greatest Of All Time) is really a rat. Let’s start the lecture.

“Who are the rappers that I put on?  Many more plus two out of your three and I didn’t sign anything. I did it all for free since you were scratching on the surface like your DJ Lambo. How about the guns you brought to help become rambo?…So what am I supposed to do Sign a man I wouldn’t sign? I don’t do politics music.

Promoting the song on his verified Instagram handle, Vector did a comparison between rats and snakes (MI had called him that in his diss track).

He wrote, “Rats betray their families. Judas the rat has lied to and double-crossed his closest ones, the ones who trusted him like a brother. Judas has kissed and then sold out the brothers and sisters who loved, looked up to and trusted him for pieces of silver.

Judas the rat wants to be loved badly, but Judas cannot get love truthfully.”

MI had last week via his verified Instagram handle said, “The Viper has hated me for years as is its inevitable nature. The serpent has been thus since the beginning of time. Would always smile in my face but I could smell the envy and bitterness. Whatever he may use as his excuse for his career-long actions it is simply jealousy beneath it all.

“This is why his career has never quite taken off and he has never lived up to his obvious potential. Search my tweets, or interviews you will see me praising him over the years, how come he has never said one good thing about me…ever? Instead of responding in hate I have chosen to give the snake the secret to my success…’help people’.”

Listen to the song below: