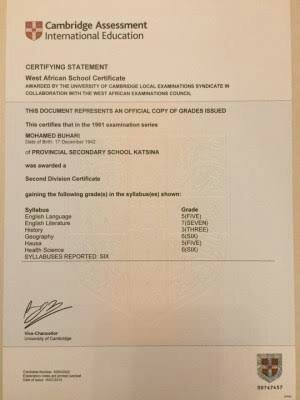 The Department of State Services (DSS) and the London Metropolitan Police Service have received petitions to investigate the documents President Muhammadu Buhari at the presidential election tribunal.

The Peoples Democratic Party (PDP) candidate in the February 23, presidential election, Atiku Abubakar and his party had questioned the certificate.

Abba Kyari, Buhari’s chief of staff, had told the election tribunal that he obtained the president’s “assessment” documents from Cambridge University.

The separate petitions both dated August 14, 2019, and which were forwarded by a legal practitioner, Kalu Agu.

The lawyer questioned the authenticity of the “certifying statement” said to have been obtained from the Cambridge Assessment International Education.

He asked the UK police and the DSS to probe the following: “Where did Mr. Abba Kyari get the certificate which he enclosed alongside his application form for the issuance of the said certifying statement which he claimed he procured from Cambridge Assessment International Education.

“Whether Mr Abba Kyari as an individual can apply for the said certifying statement not being an academic institution or an employer of the candidate.

“Whether the said certifying statement can be delivered to Mr Abba Kyari by hand as he claimed he signed and personally collected same by hand in the UK.

“Evidence of the said application and of the candidate’s authorisation to the Cambridge Assessment International Education for the release of the said certifying statement to Mr Abba Kyari.”

He added that “in the circumstance that the certifying statement is found to be forged, it will be of great service to both Nigeria and the United Kingdom that Mr. Abba Kyari is arrested and arraigned in a court of competent jurisdiction for forgery.”

Atiku and PDP had in a 43-page final address filed by their lead counsel, Dr Levy Uzoukwu SAN, Atiku and PDP claimed to have established the fact that Buhari does not possess the requisite academic qualification for the position of President of Nigeria.

In Final address filed on August 14, the petitioners said even Buhari’s own witnesses under cross examination admitted to the fact that Buhari does not possess a school certificate, being the basic requirements for contesting for the office of the president.

On the purported Cambridge University certificate tendered by Buhari before the tribunal, the petitioners asked why, “it was easier for Buhari to go all the way to Cambridge in the United Kingdom to obtain a bogus documents that his own witnesses said was not a certificate, instead of just driving down the street in Abuja to the Army Headquarters or placing a phone call to the Secretary of the Military Board in Abuja to hurry over with his certificate or certificates.”

See the controversial documents below: 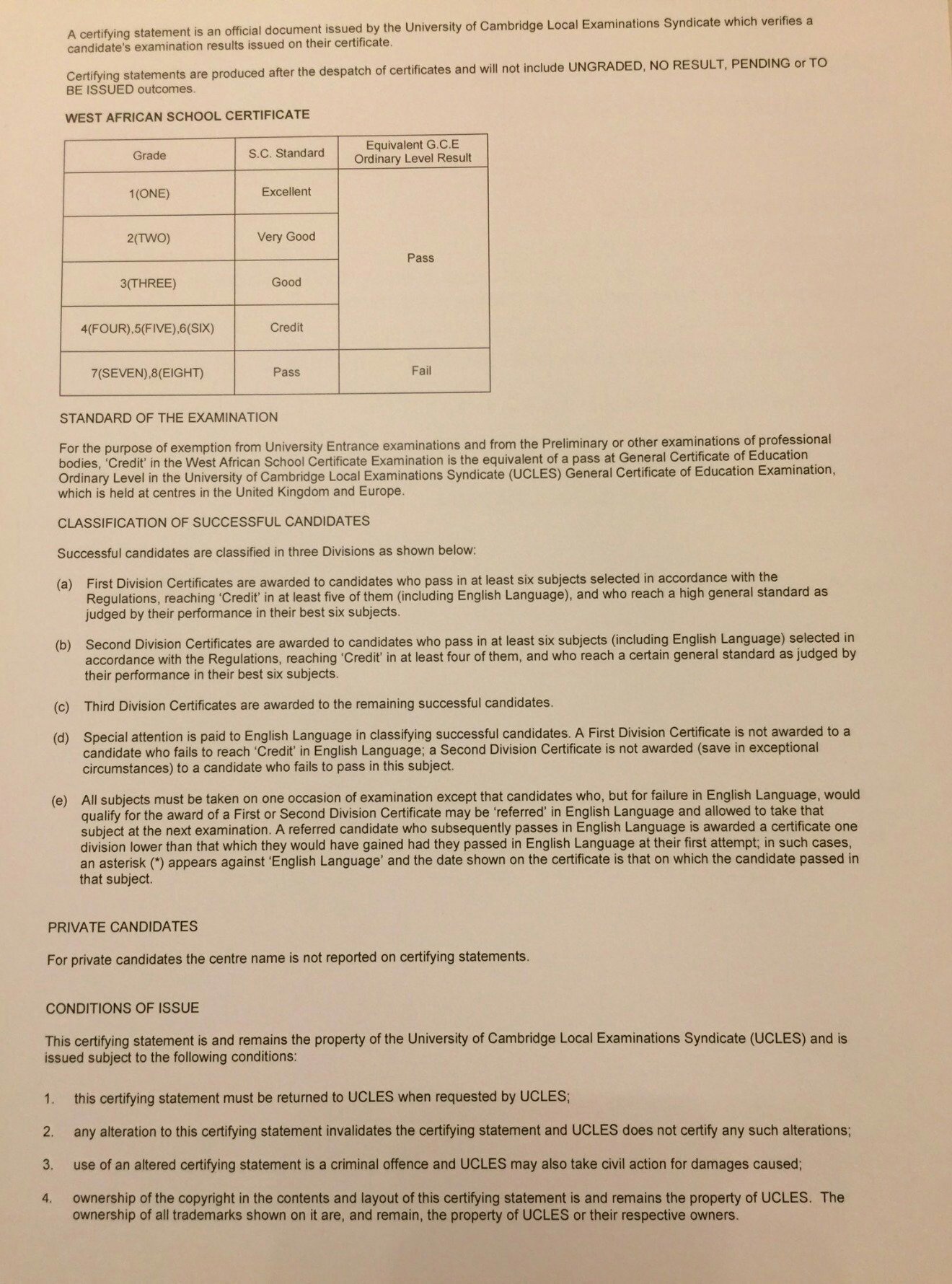