A former aide to Godswill Akpabio, Ata Ikiddeh, has said that what happened to the Akwa Ibom senator in the just concluded general election was an “ambush”.

Mr Akpabio, who is representing Akwa Ibom North-West District, lost his bid to return to the Senate for a second term. His opponent, Chris Ekpenyong of the Peoples Democratic Party (PDP), was on Tuesday, declared the winner of last Saturday’s election.

There was suspense and tension in the state after INEC on Sunday suspended the release of the result of the election in which both the All Progressives Congress (APC) and the PDP claimed victory.

Mr Akpabio, a former governor of Akwa Ibom State, has already petitioned INEC, alleging irregularities in the announcement of the election result and also accusing the Resident Electoral Commissioner (REC), Mike Igini, of unfair treatment against his party, the All Progressives Congress (APC).

“It has been a gruelling and bloody battle, we contested open minded not knowing we were walking into an ambush,” Mr Ikiddeh said on Facebook, Tuesday, in a message to Mr Akpabio’s friends and supporters.

“We are under siege but we must hold our heads up high. The people who think they have put Sen. Akpabio to death politically have just enlarged him beyond anything himself or his enemies could have ever imagined.

“When you try to cut down a strong tree – you are pruning it not destroying it, you are making it mightier. You are turning a Dongoyaro into an Iroko. It’s a divine principle – if you try and murder a gift you just made it better, bigger and broader,” added Mr Ikiddeh who served Mr Akpabio as a special assistant on diaspora affairs when the latter was governor.

Mr Ikiddeh called on people to respect INEC’s announcement on the election but said the battle was not over yet. “We are winning the war,” he said.

“Neither victory nor defeat affects a gift, it remains constant like the Northern Star!

“Wipe your tears, stand tall – we must always think what is the highest good for Akwa Ibom State and Nigeria, as we pray for men with compassion and creative visionary leadership.

“Leadership comes from God and He gives it to whosoever He pleases! Our role as mortals is to stand in the right place and be counted in the assembly of the chosen.

“Brace yourselves brethren for the battle which must come in two weeks. Because never was so much owed to so many by the multitude of the willing!” Mr Ikiddeh said.

Mr Ikiddeh told PREMIUM TIMES he called from London on Monday, around 9 p.m., to speak with Mr Akpabio about what was going on in his district.

The senator, he said, was optimistic in the face of the challenge he was facing. “He was looking ahead and more focused on Mr Buhari’s victory,” he said.

“He felt betrayed by the very people he has nurtured in the past eight years. But he was unbowed,” Mr Ikiddeh added.

Mr Akpabio’s defeat is one of the greatest upsets in the political history of Akwa Ibom State.

PDP members and supporters in the state have been rejoicing over the senator’s defeat. 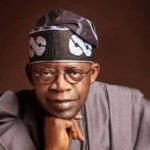 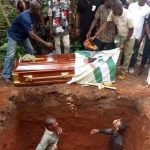 Tears Flow As Corps Member Who Was The First Graduate In His Family, Is Laid To Rest (Photos) 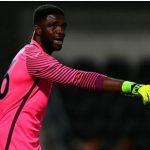 AFCON 2019: Akpeyi Begs For Another Chance After 2-1 Defeat To Algeria 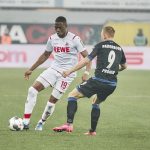