Some National Assembly Legislative Aides have called on the Economic and Financial Crimes Commission (EFCC) to probe the leadership of the 8th Assembly over payments due to the aides.

The aides under the aegis of Concerned Legislative Aides of 8TH National Assembly, urged the anti-corruption body to act on the petition which it had.

In a statement jointly signed by Barr. Chinedu Nwokeukwu and Mr Sunday Chuba on Friday stated that the petition was bordered on alleged diversion of funds meant for the payment of their entitlements.

The group particularly asked the EFCC to investigate the Clerk to the National Assembly and the presiding officers of both chambers.

They decried that despite promises and assurances, the EFCC had yet to commence investigation into the alleged diversion, stressing that the commission should have swung into action by now.

“The non-investigation has clearly emboldened our traducers in making the final kill before the end of the 8th National Assembly on 10 June, 2019.

“Concerned legislative aides are reliably informed that plans are afoot to tamper with the May 2019, salary – being the last salary of 8th Assembly aides, and deductions of up to N100,000 and above are being planned on the severance package of each legislative aide.

“We hereby implore the EFCC to take the bull by its horn and speedily investigate the said allegation and ensure that the diverted monies are duly refunded and paid to 8th Assembly aides before the expiry of the 8th National Assembly,” the group said.

According to the petition to the EFCC, the group explained that the presiding and principal officers of both chambers were entitled to additional aides in the guise of Special Advisers and Special Assistants employed on their behalf by the National Assembly Management.

The petition further explained that it was for the reason that the National Assembly Service Commission employed five aides each for 109 Senator and 360 Member totaling 2,345 aides.

It added that the aides were employed on a short term basis and entitled to allowances as applicable to other public servants and a severance package of 300 per cent of their annual basic salary at the end of the four year tenure of their principals.

‘’Part of the allowance is the Duty Tour Allowance (DTA). Each SLA from Level 15-17 is entitled to the sum of N100,000 while other category of aides receive the sum of N75,000 every quarter.

The aides decried that the leadership of the current National Assembly was not like previous ones where the Senate Presidents and the Speakers ensured that aides were paid their full entitlements.

‘’We are hereby alleging criminal diversion of these yearly appropriated legitimate entitlements.

‘’Out of the 13 quarters DTAs owed legislative aides of the 8th National Assembly since June 2015, only two quarters have been paid to us.

“There has been no training for the past three and half years despite the budgetary allocations for this item,” it said.

The petitioners added that the aides had employed different means to appeal to the National Assembly’s leadership and had to resort to the petition when the appeals seemed to have fallen on deaf ears. 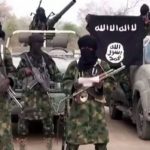 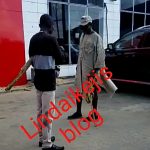 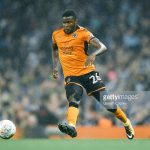 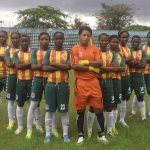