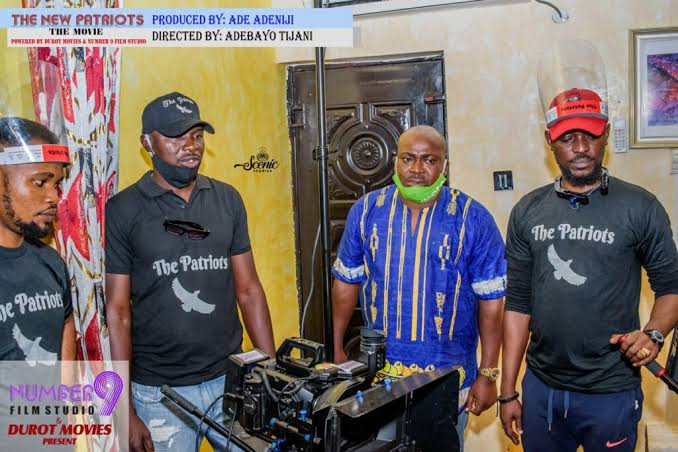 The New Patriots: Nigeria’s most significant social impact film of 2020 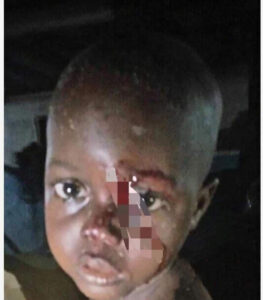 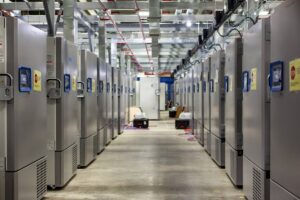 After the watch, Ediale believes the project is Nigeria’s best social impact piece of artwork delivered by the creative industry of Nigeria.

The star-studded flick has Akin Lewis, Lateef Adedimeji, Bimbo Oshin, Dele Odule and Taiwo Ibikunle and other talented thespians on it’s roll call. While speaking with the producer, it was revealed that the production was deliberately prepared to be more than a piece of art.

Rotimi Adeolu, a prince from the ancient kingdom of  Araromi-Obu displays his wealth of academic excellence on the pre-production of this movie.

And now that the film is ready to be consumed by cinema goers. It’s safe to say what they will be seeing is a carefully blended thriller of action based tale deliberately plotted for social impact.

The year 2020 was one of loud and urgent calls for societal change, as the world’s racial and economic divides were starkly exposed by both the COVID-19 pandemic and America’s most unconventional presidential campaign of our lives.

For Nigeria it was only a different issue but same level of heat generated in terms of a societal change campaign towards Ending SARS.

End SARS swiftly became a decentralised social movement, and series of mass protests against police brutality in Nigeria. The slogan called for the disbanding of the Special Anti-Robbery Squad (SARS), a notorious unit of the Nigerian Police with a long record of abuses.

The protests which takes its name from the slogan started in 2017 as a Twitter campaign using the hashtag #ENDSARS to demand the disbanding of the unit by the Nigerian government. After experiencing a revitalisation in October 2020 following more revelations of the abuses of the unit, mass demonstrations occurred throughout the major cities of Nigeria, accompanied by vociferous outrage on social media platforms.

About 28 million tweets bearing the hashtag were accumulated on Twitter alone. Solidarity protests and demonstrations by Nigerians in diaspora and sympathizers occurred in many major cities of the world. The protests is notable for its patronage by a demographic that is made of entirely young Nigerians. The movement has since expanded to include demands for good and accountable governance.

The New Patriots creatively continues from where the youths stopped with their End Sars movement. However, it offers a balance for the youths, the governed and the government.

The Patriots Movie puts the issues that traumatize, divide, unite and inspire us squarely at the heart of the project’s narratives. While it offers the usual pieces of entertainment and artistic performance that blockbuster films are known for.

Dr. Rotimi told Ediale that he is dedicated to the idea that good cinematic projects can promote discussion and action on social change issues via impeccable storytelling. And this very project ticks all the boxes: brilliant writing, exciting and creative filmmaking, and emotional connections to the issues that, for better or worse, are central to the way we live now and want to live in the future.

The New Patriots movie explores the disenchantment of youths with the mismanagement, bad governance and endemic corruption in Aruguna (fictional Republic), a populous third world nation, after a covert team of vibrant youths led by Lateef Adedimeji deploy unorthodox means to tackle the mindless, corrupt and deadly powerbrokers in their country. This unorthodox strategy creates tension nationwide.

The movie becomes a motion blueprint of how the Government of Nigeria (for example) can channel the civil unrest of the Youths towards benefiting the general greatness of the nation.

Since we are still in the midst of a the global pandemic, with rumours of the protests refuelling these recommendations shown in the movie can definitely become a proper guide for Nigerians.

According to the producer, the movie is not yet in the cinemas, and also hasn’t been programmed on any TV or cable network. However, the move towards seeing the movie hitting the cinemas, first quarter of 2021, as first call of distribution is already in the works.

The film is directed by Adebayo Tijani, Terry Ayebo is line producer and the script writer is Adeniji Akanni.

He attended Mainframe Media And Film Institute owned by Tunde Kelani in 2017 and was trained as a Film Producer. The New Patriots is the second movie by his production studio called Number 9 Film Studio. 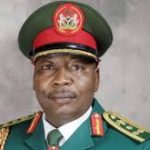 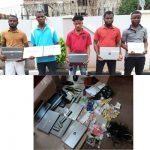 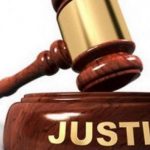 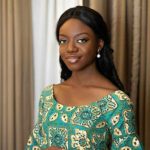 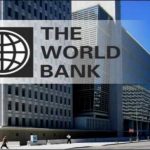