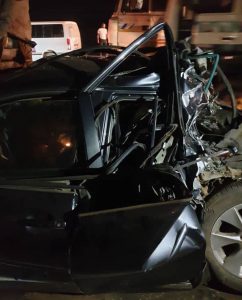 Hollywood actro, Johnny Depp has been removed from Fantastic Beasts movie franchise days after losing a libel case against a British tabloid that branded him a “wife beater”.

A British newspaper, The SUN, had said Depp was abusive towards his ex-wife, actress Amber Heard, and a judge found the claims “substantially true.”

In a statement addressed to fans via his Instagram page, Depp said he had been “asked to resign” from his role as Gellert Grindelwald and had “respected that and agreed to that request”.

The statement reads: “In light of recent events, I would like to make the following short statement.

“Firstly I’d like to thank everybody who has gifted me with their support and loyalty. I have been humbled and moved by your many messages of love and concern, particularly over the last few days.

“Secondly, I wish to let you know that I have been asked to resign by Warner Bros. from my role as Grindelwald in Fantastic Beasts and I have respected that and agreed to that request.

“Finally I wish to say this. The surreal judgement of the court in the UK will not change my fight to tell the truth and I confirm that I plan to appeal.

“My resolve remains strong and I intend to prove that the allegations against me are false. My life and career will not be defined by this moment in time. Thank you for reading. Sincerely, Johnny Depp.”

Meanwhile, movie fans are demanding Justice for Johnny Depp after his estranged wife, Amber Heard, got exposed as the real abuser in their marriage.

By Adejumo Enock The Commissioner for Entrepreneurship and Skills acquisition, Noble Atulegwu has warned the youths not to marry, build…

By Adejumo Enock The Commissioner for Entrepreneurship and Skills acquisition, Noble Atulegwu has warned the youths not to marry,…

Perpetrators Of The NPA HQ Attack Must Be Punished – Transportation Minister

By Adejumo Enock Mr. Rotimi Amaechi, The Minister of Transportation has said the attack on Nigerian Ports Authority (NPA)…

This Is A Dark Day, Says APC As It Demands Justice For Death Of Party’s Chairman

By Adejumo Enock Aftermath the Killing of its Nassarawa State Chairman, Mr. Phillip Shekwo, The All Progressive Congress APC…