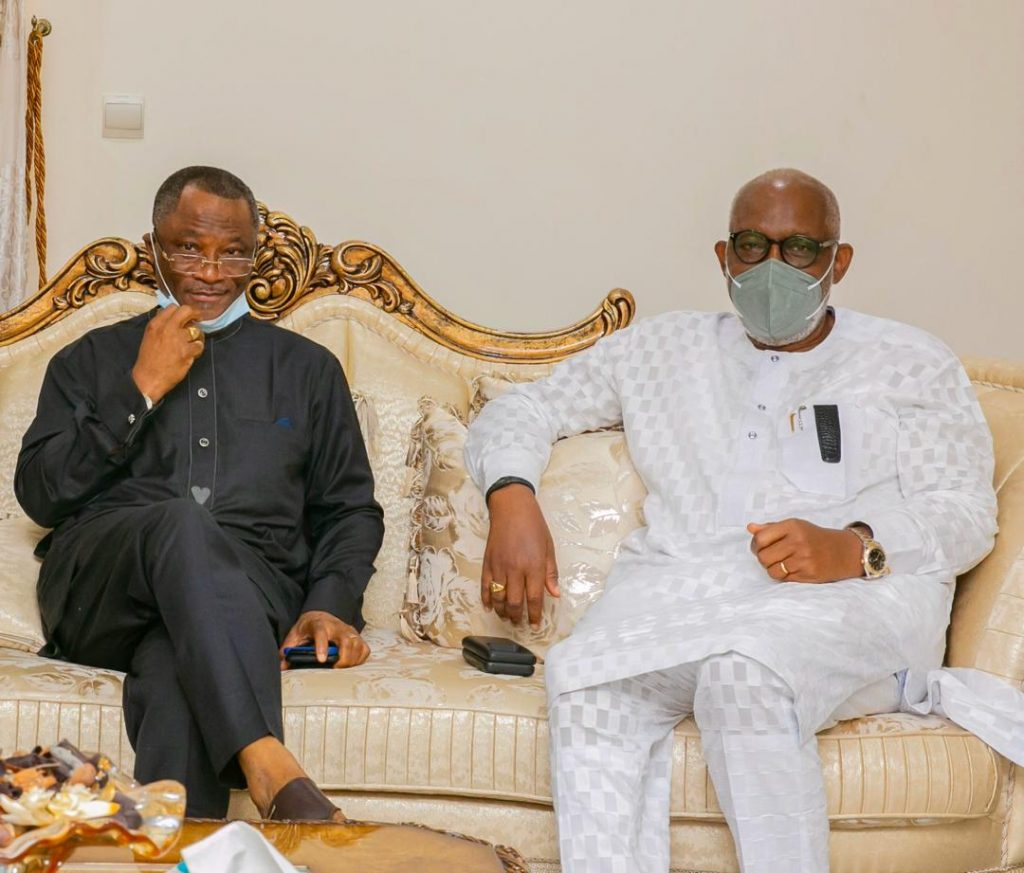 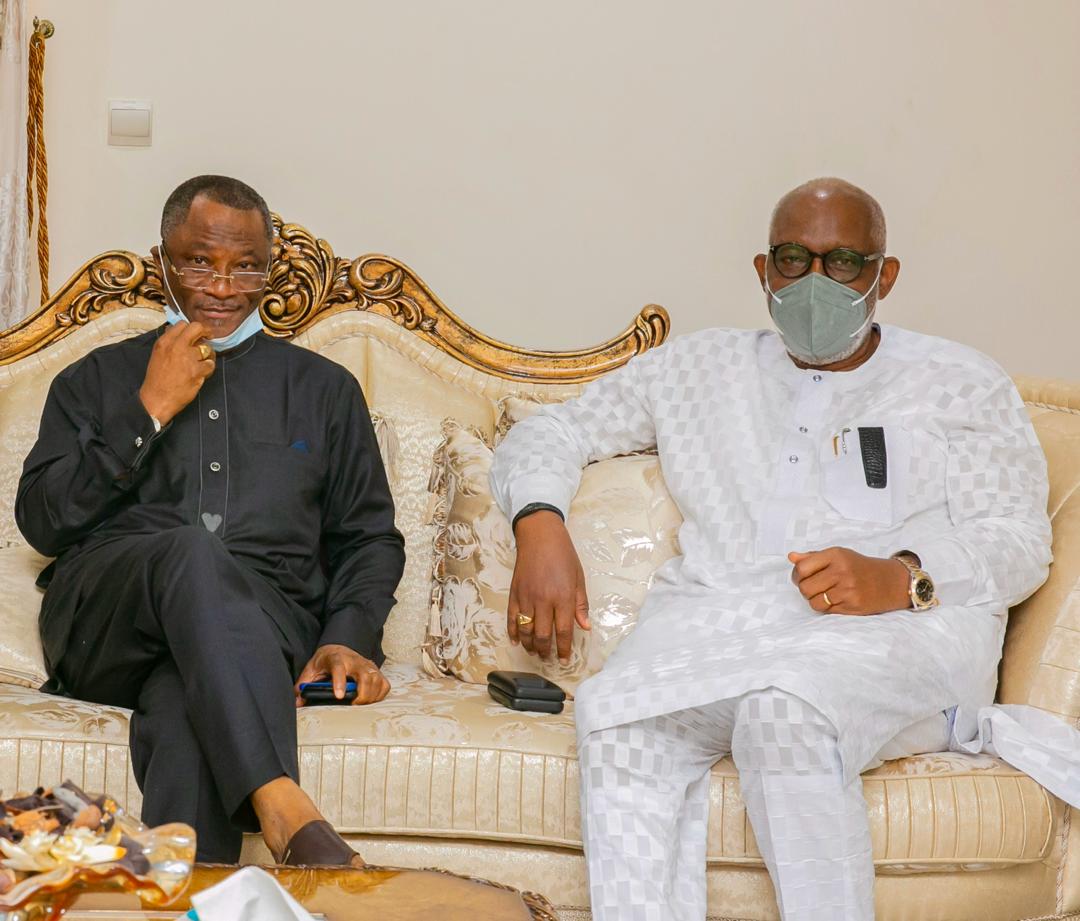 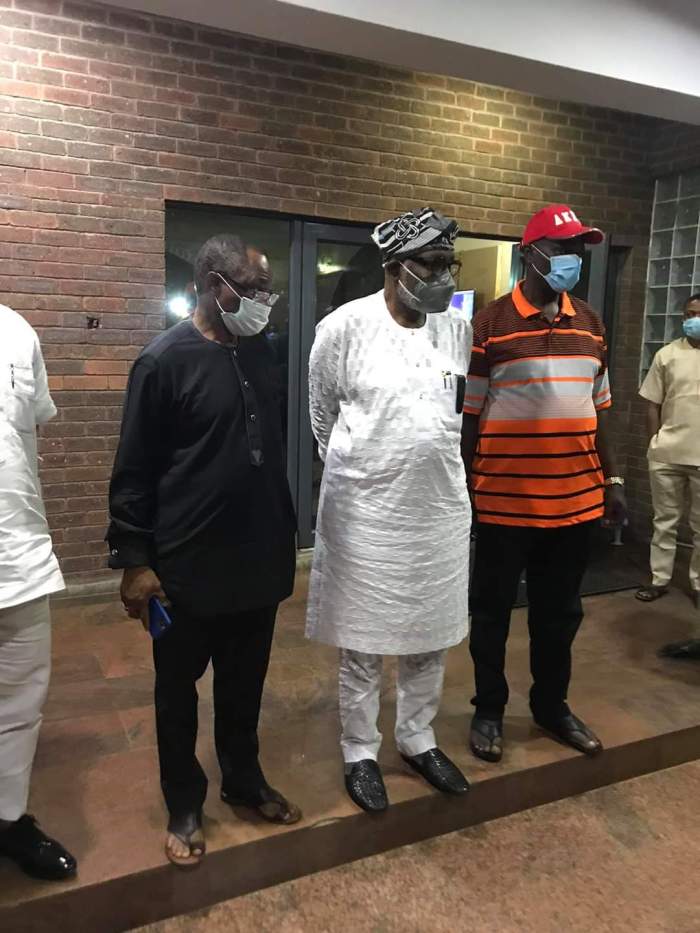 Engr Oyedele with Governor Akeredolu at the Alagbaka Government House

Less than 10 hours to All Progressives Congress Governorship primary election in Ondo State, one of the leading aspirants, Engr. Ifeoluwa Oyedele has stepped down from the race.

Oyedele has also declared his support for the incumbent governor, Rotimi Akeredolu during a joint press conference at the Alagbaka Government House.

According to Oyedele, the interest of the citizens of the Ondo State are more important than any other thing and promised to work together with Akeredolu for what will benefit citizens of the state.

In his words, “Both elections will be without bloodsheds, and both of us will work together to win that election.

“I want to assure you that the interest of the citizen of the state is more important than any other thing, and we determined to ensure that we work together only for what will benefit citizens of Ondo State.

“We will work together to unite the party, to rebuild the party, to unite our people so that we can have rapid economic developments. We call on other participants to join us in this quest,” he added.

“You are one of our best exports from Ondo state, and we are proud of your achievements. Our collective effort can only result in a greater Sunshine State. Welcome to the team,” he said.