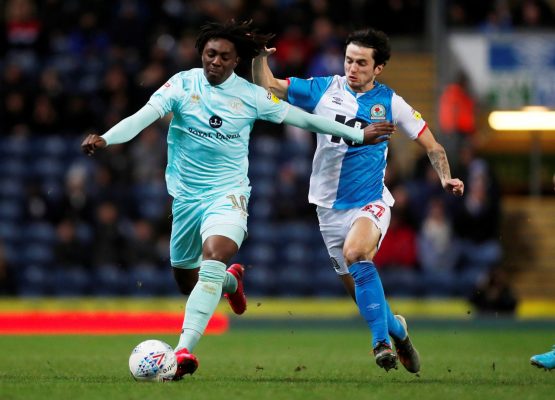 Eze has been impressive for Queens Park Rangers this season which has seen him been linked with a host of Premier League sides.

Also Read: Akwuegbu: Why I Now Regret Playing For Nigeria Instead Of Austria

The 21-year-old has scored 12 goals made eight assists in 39 games in all competitions so far this season for Mark Warburton side.

And the 30-year-old Moroccan international, who now plays for Benfica in the Portuguese top flight urged Eze not to lose focus.

“I watch him and think he has big potential,” Taarabt told www.qpr.co.uk.

“I enjoy watching him – he’s physically strong, has a good touch, can score goals. I see him and hope he will one day take QPR to the Premier League – I think he has that ability.

“My advice is to keep working, and be the best for QPR because QPR fans recognise now how good he (Eze) is. Just keep focus and try to go to the top.”