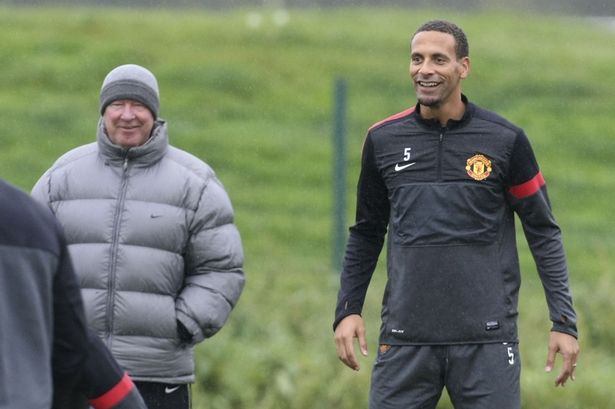 Ferdinand was part of the England’s golden generation – which included the likes of David Beckham, Steven Gerrard and Frank Lampard – but they failed to live up to their hype at major tournaments.

Ferdinand has previously admitted how there was a lack of squad harmony in the England dressing room due to players plying their trade for Premier League rivals.

He revealed they were unable to forget the club rivalries when they linked up for international duty.

And the former defensive stalwart has again opened up on why his national team underperformed so often, suggesting that legendary Red Devils boss Ferguson certainly played his part.

Speaking on an Instagram Live: “I think Fergie might have played a little part in it as well, because he was so clever.

“So it would be in the back of your mind, you’d be thinking, ‘Oh my god, I’m under pressure when I come back’.

“I’d have played 90 minutes and you’re walking into training and he’s sitting looking at you like that [furious], ‘What did I tell you?’ It was mad.”

Ferdinand also suggested that past England managers were afraid to drop big-name stars, while their tactics were also questionable.

“But we played 4-4-2, a rigid 4-4-2, and in games against teams like Turkey or Tunisia – teams we should be smashing out of the park – they filled the midfield and ended up popping us all game, dictating the game against us, because we didn’t have enough bodies in there.

“We had great players, but I felt the managers that we had probably weren’t strong enough in saying, ‘Right, I’m going to leave a Beckham out, a Scholes out, a Gerrard or a Lampard – one of them has got to sit out’.”