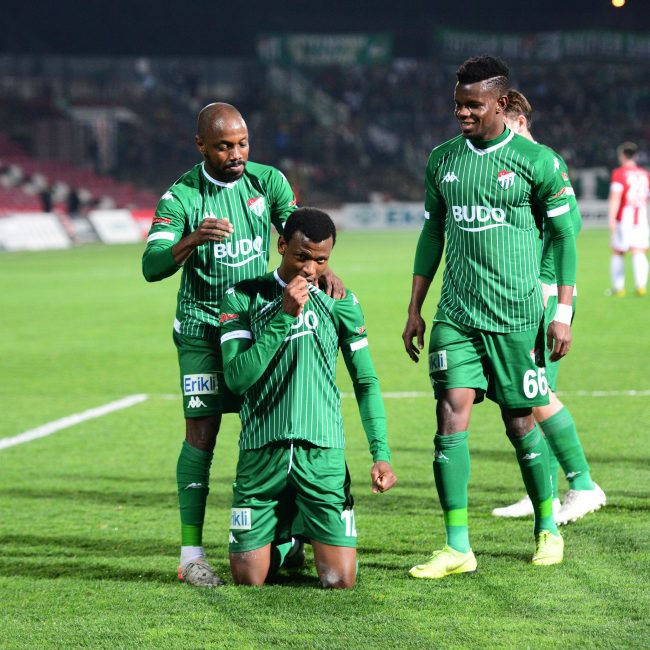 Abdullahi Dedicates Goal In Away Win Vs Balikesirspor To Bursaspor Fans

Super Eagles right-back Shehu Abdullahi has dedicated his goal in a 3-1 away win against Balikesirspor in the Turkish 1st Lig (second-tier) on Tuesday to Bursaspor fans, Completesports.com reports.

Abdullah scored against Balikesirspor in the 60th minute to make it 3-0 for Bursaspor.

It was Abdullahi’s second goal in his last two games after scoring in his club’s 1-1 draw at Umraniyespor.

It was his fourth goal in 25 league appearances for his club in the current campaign.

“Big fight, amazing team performance at Balikesirspor. My fourth goal of the season, dedicating this to Bursaspor fans. We keep fighting together!” Abdullahi wrote on his verified Twitter handle.

The win saw Bursaspor end a run of four consecutive games without a win, drawing three and losing one.
They now climb to third, promotion play-off spot, on 45 points in the Turkish 1st Lig 18-team log.