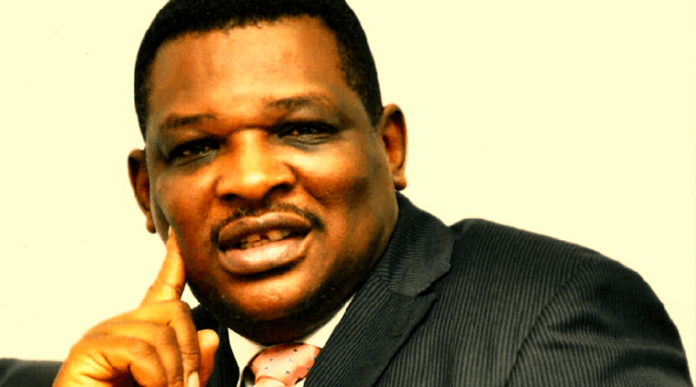 The battle against corruption in Nigeria appears a battle that may forever remain in the pages of the newspapers and may remain mere talking points for political leaders to deceive a pulverized populace hungry for a solution or a messiah. This is as information made available to 247ureports.com through a competent source knowledgeable of the inner workings of the then Chief of Staff, Abba Kyari indicates the former Chief of Staff had monetized virtually the entire processes inside the presidency.

A source pointed to the root of late Abba Kyari’s corrupt demeanor as coming from President Muhammadu Buhari blanket trust – who the President gave the singular power of having the sole access to him – including over his wife, Aisha Buhari.

As the President won the reelection in 2015, he reaffirmed his desire to have the late Abba Kyari as the bottleneck/checkpoint of his administration. Through this means, the late chief of staff had sole access. He could speak for the President and he alone could desire what the President sees and what he does not see. He was the defector President. It gave the Abba Kyabi the opportunity to pay a determinant role in the selection of federal ministers and choice positions.

Of particular interest is the position of Federal Minister of Power [State] currently being held by Godwin J. Agba who hails from Cross River State where he aspired for the gubernatorial seat under the Peoples Democratic Party [PDP], only to defect to the All Progressive Congress [APC] on December 25, 2015 shortly following his lost at the PDP gubernatorial primaries.

Prior to joining the fray to aspire for the gubernatorial primaries, Agba worked as the former Group General Manager, Crude Oil Marketing Division, Nigerian National Petroleum Company [NNPC] where it is believed, according to our source, he amassed his ‘grandiose wealth’. The kind of wealth termed ‘unholy’ by our source. “He was in it with Diezani” claims the source who pointed out that Agba had reached a deal with the APC government in order to avert arrest and further investigation. Agba is alleged to be as neck deep in the corrupt activities that occurred within the NNPC as Diezani was.

After his stint at the NNPC, he erected one of the most expensive Estates in the entire Abuja – Godad Estate located near Jabi Mall. The Estate is occupied by largely Caucasians. He acquired many choice properties in the United Kingdom.

Having lost in his foray into politics coupled with the change in the ruling party, the anti-graft agencies were hot on his trail. The Economic and Financial Crimes Commission [EFCC] latently launched an investigation into his activities at the NNPC.  And, the EFCC were already threatening arrests in 2015. Agba was frightened.

To avert what appeared inevitable, Agba kowtowed. He begged for a deal. And he was given a deal. At the conclusion of the deal, he became a member of the APC. Interestingly, Agba kept his looted funds after the deal. An impeccable source revealed the late Abba Kyari collected the sum of $10million [approximately N4billion] to the said position of Minister of Power [State]. Initially, Agba had indicated interest in the position of Minister of Petroleum [State] but the late Abba Kyari insisted the position was not available.   As President Buhari named his cabinet members in 2016, Godwin Agba was named the Federal Minister of Power [State]. After being nominated for ministerial position by President Muhammadu Buhari in July, he was assigned the portfolio of Minister of State, Power on August 21, 2019.

Stay tuned for the explosive report on the Ministry of Power

Mohamed Salah has said the Pharoahs of Egypt will do everything possible to overcome the Super Eagles of Nigeria. Both…

The tennis section of the Rowe Park Sports Centre, Yaba, Lagos was buzzing with excitement as the inaugural edition of…

Novak Djokovic spoke out for the first time after winning his court battle. Earlier on Monday, Judge Anthony Kelly…