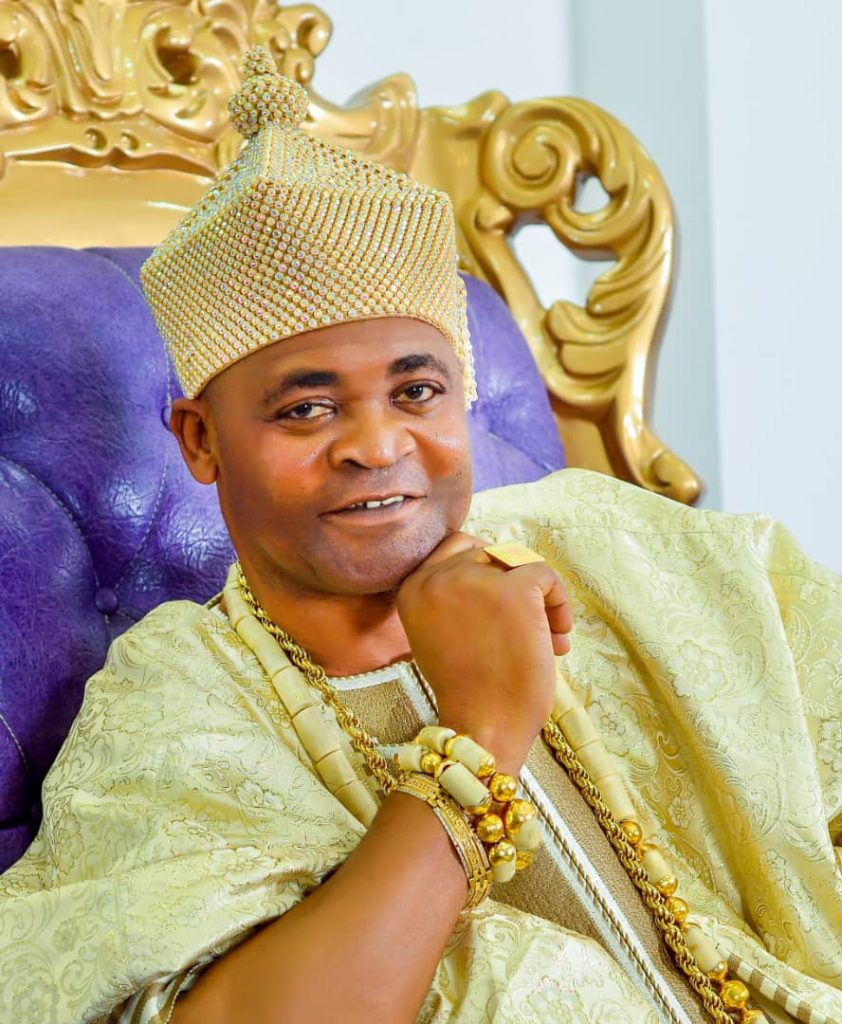 Olu of Itori Reacts To Malicious Attempt To Assassinate His Character 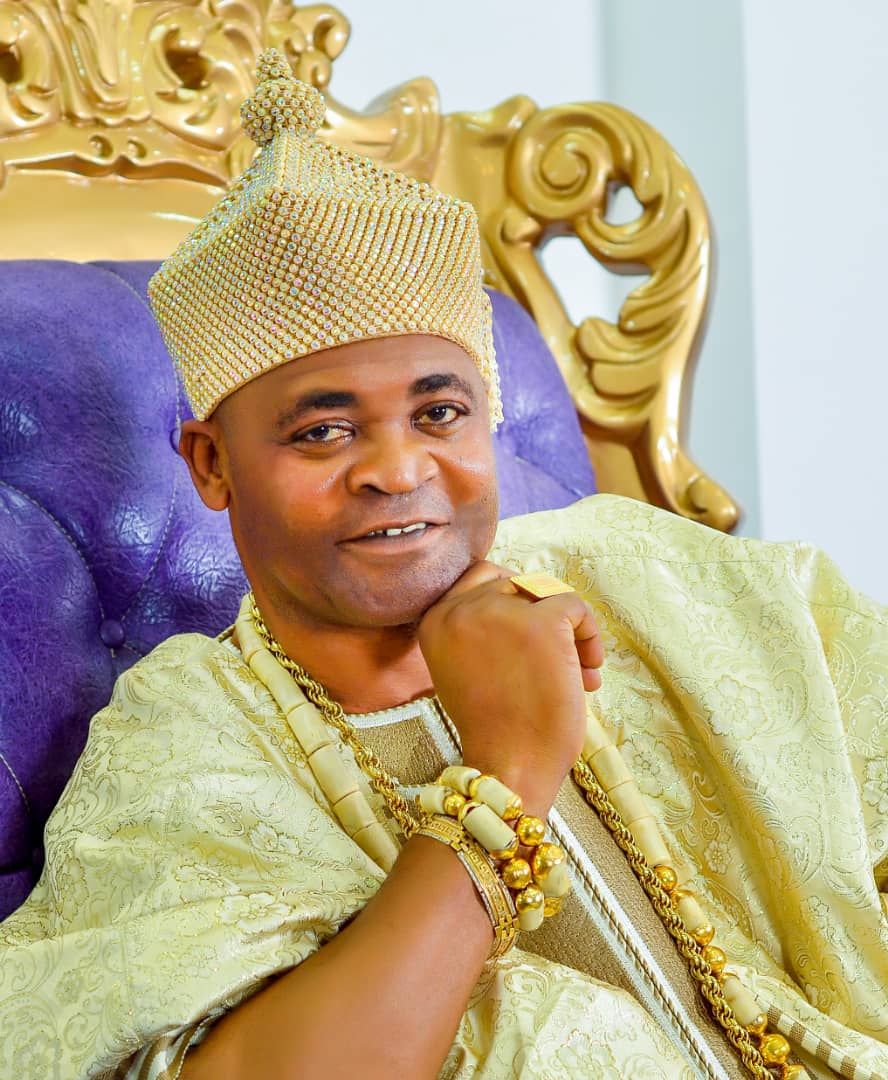 It has become imperative to set the record straight on the jungle justice and deliberate character assassination of our revered Royal father, His Royal Majesty, Kabiyesi Oba Abdul Fatai Akorede Akamo the OluItori of Eba Land by some persons hiding under the guise of clandestine human right activism in foreign lands and on social media.

A statement by the Director of media, Olu of Itori’s Palace, Prince Yomi Gbadebo said we earlier didn’t want to glorify the unfounded and baseless social media shenanigans with a response but we rescind our decision and decided to make this rejoinder to properly inform the general public of the true picture of things as we cannot allow some situational opportunist to smear the image of the revered Oba of Itori Land.

He said, he wants to make it abundantly clear to all and sundry that, DS ADEGBENRO ICT POLYTECHNIC ITORI is a recognized government establishment with a Governing council and all arms of an institution.

The Palace of the Olu of Itori is not connected with managing its affairs and day to day running of the institution. The Palace as the custodian of the ancient community is open to anyone who wants to find solace or seek redress through negotiation and dialogue. Unfortunately, some persons find it convenient to bring the Olu of Itori into issues that border strictly on the Polytechnic in Itori.

When the malicious media trial of Kabiyesi started, we believed and knew it was a machination of detractors to assassinate his character. As a consequence, we swung into actions to unravel the nutty ends in the matter.

Unfortunately, the claim by the anchor of a media broadcaster that, one Akinyemi who works at the Ds Adegbenro Polytechnic Itori was arrested and that it was the Olu of Itori that facilitated his release is not only false but wicked.

For the records, no case of a missing child or kidnapping was ever reported to the Palace of the Olu of Itori. The Palace was not aware of the said case neither the arrest of some persons in connection with the case of any missing student let alone getting involved in the release of the person or persons arrested.

Be that as it may, kidnapping is a purely criminal matter which ordinarily should have been reported to the Nigerian Police for thorough investigation and questioning. If that has been done in the course of the matter, we strongly believe that the Police would still have the case file with them.

Having said that, the palace also want to reiterate the fact that Kabiyesi Olu of Itori does not know anyone among the culprits connected with the said case neither did he seek the release of anyone from the custody of the Police. We urge the public to dislodge and discountenance this baseless claim in its entirety. We also, make bold to challengeanyone with any contrary evidence to come forward.

However, due to the sensitive nature of this matter and the unfounded allegation against his Majesty, we have beamed our searchlight into the case to unravel the
truth and the whole truth.

We reached out to the woman who was seen as the custodian of the missing student when he was in school (Iya Ope). She opined that the Olu of Itori was in no way connected with the matter at all.

We probed further on how she got bail when she was arrested by the police. She revealed that it was her husband named Obodo that stood in for her release from police custody.

We also investigated how the other parties got bailed from the Police.

We were made to understand that, it was Akinyemi’s aunty who works at the ministry of sport in Abeokuta that stood in for his bail from the Police net. Again, the said Pastor Tunde, we learned was assisted out of the Police net by his father.

From the above, it is disheartening, wicked, cruel, frivolous, and unmeritorious when people retort to the media trial of a traditional ruler without recourse to finding out the truth. We have painstakingly put our machinery to work to put issues in perspective so that the teeming public is aware of the fact that, the Olu of Itori is not connected with the claims by the author of the online programme.

We have also reached out to the Registrar of the school to give us his views on the matter. He has discredited the involvement of the Olu of Itori in the matter as it is purely a criminal case in which the Nigerian Police has the exclusive powers to investigate and prosecute anyone found wanting.

We are shocked to see how the handlers of this programme vilified and ridiculed the esteemed of the Kabiyesi.When lies travel unchecked, they may one day become the truth, that’s why we are doing justice to an attempt to drag the Olu of Itori into this needless controversy. Kabiyesi is the father of all. He would never want anyone to cry over their wards in the institution.

Since the inception of the school in Itori, there was never a time when Kabiyesi influenced the admission of anyone into the school. The school runs independently without any influence or control from the Palace. The palace affairs are not in any way connected with the running of a higher institution.

On a final note, we would like the general public to discountenance the lies told against the Olu of Itori. Kabiyesi Olu of Itori is a well-respected monarch in Yorubaland. He has no deportation history whether in the US or UK. Kabiyesi still visits both countries at will and he has never been involved in any shady business.

The palace implores the woman whose child is still missing to continue to work closely with the Police. We also plead with the Nigeria Police to leave no stone unturned until the case is solved and justice is served to those behind this crime no matter how highly placed. We should all join hands with family and offer necessary assistance to the police instead of throwing pebbles at the wrong person.

Lastly and most importantly, we are open to further clarification on this matter if the need arises. The registrar of the Institution can be reached on his number for a further and better explanation. You can also contact Prince Yomi Gbadebo, Director of media, Olu of Itori’s Palace on 08056170318. 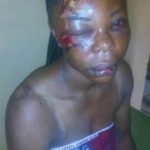 Nigerian Woman Disfigured By Her Husband, Says She Still Loves Him (Disturbing Pix) 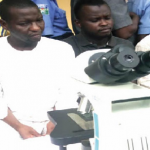 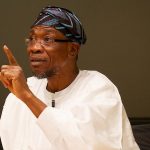 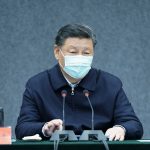