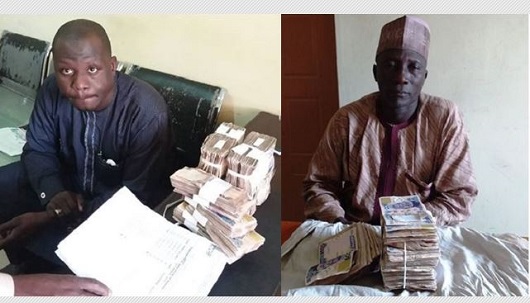 EFCC Arrests Party Agent With Over N1.2m, Another With N300k (Photos)

The Economic and Financial Crimes Commission, Maiduguri Zonal office has arrested one Abba Ali Abbari, a party agent, delegated alleged to have been hired to distributes some money to people from Auno, Dalwa, Jakana in Konduga LGA Borno State.

Abbari was arrested at the NYSC Internally Displaced Persons camp with the sum of N1, 290,000.00, with a template given to him by a party Chairman Election Committee to pay the sum of N50, 000 (Fifty Thousand Naira) to party agents, according to him.

Similarly, Alhaji Garba Isah a party stakeholder was arrested by Operatives of the Maiduguri Zonal office at Ali Mongonu Teacher’s Village Internally Displaced Persons camp with the sum of N300, 000.00, while distributing to voters from Kukawa and Doran Baga in the camp.

According to him, “my duty is to take care of ballot boxes and to equally share money to voters. This particular money was given to me by a stakeholder.” Isah stated during an interview.

While making the arrest at Teacher’s Village IDP camp, the beneficiaries vandalized a vehicle belonging to a staff of the Commission. The DPO of Doran Baga who intervened, saved the situation. 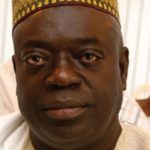 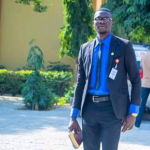 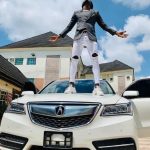 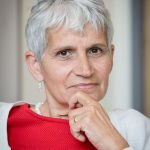 Doctor Who Survived Coronavirus Credits Her Recovery To Lemonade, Paracetamol And Chicken Soup