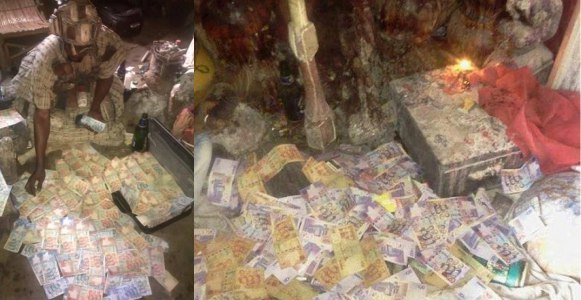 Lady narrates how roommate sold her out to ritualist

A Twitter user identified as @Proudlyme4, took to the platform to narrate how her room-mate and friend sold her out to be used for money rituals.

See her full story below;

My roommate whom I loved with all of my heart,mind and soul sold me out to be used for ritual….I still keep asking myself till date “What was the price for my life ?”

And the worse part is anytime I think about it….I find myself still praying for her ??

It started on the 5th of November 2017 when we all decided to have a girls time out, we went swimming off campus (some people came to pick us outside the school campus and took us to the pool),my roommate Susan was their friend. When we got to there, she introduced me to a dude

She told me that was her brother…we all exchanged greetings and went to change to our swimwear. We had fun, the “brother” got attracted to me and I liked him too, we connected and decided to exchange numbers, I agreed and after we were done, we went back to sch feeling happy☺

So this dude and I talk on fb messenger and he calls too, he made me understand he and Susan are not related by blood but they’re from neighboring communities and they attended the same secondary school but my roommate was his senior in school… So he’s been inviting me to come

Over to his place that since I didn’t know there, Susan would bring me. On the 3rd of December 2017, I finally decided to go visit him. Susan made me look nice, told me not to tell my other roommates the truth about where we were going to, and she also wanted to see her tailor

So I asked why but she said she just doesn’t want anyone to know (I felt she didn’t want people to start thinking and judging) so I agreed. Mirabel, my other roommate, kept asking me where I was going to and I told her tailor’s place?. So we left school and went to his place.

On getting there, she knocked,another dude, Dan came to open the door (they were her friends and Dan also wanted to be more than friends with Susan). So we got in and I saw “the brother”(btw his name is Smith). The house was not furnished, it looked like they just moved in and

I made sure he ate from the food, and we talked, yes, he is a student of my school who is on suspension with his friend for beating up a security officer and he didn’t tell his parents, collected his fees and stayed off campus ( he told me all of that)
We kissed and he wanted sex

No, that was never part of the plan, so I ran out and cried to Susan and she whispered to me “ehen do it na, who would know, you’d just steam with hot water and close up your pussy” I was like Ahh I can’t ?. Smith stopped the sexual advances and I got comfortable again but

before I knew it, he raped me…I cried, I begged ?? , I even hit my head on the floor tryna fight back buh all my pleas fell on deaf ears until he released inside me that’s when he started begging. I was so ashamed, I felt the worse but I decided to just wash up and go back to

school. After I finished washing up, he continued begging and told me to clean my eyes so that people wouldn’t know what he did, Susan came in and saw him kneeling and begging me and she said “Smith why are you begging someone to date you,Is it by force? Leave her alone”

Yeah, I forgot to add that smith told me he’s a yahoo boy because I saw different Sim cards at his place and I asked what he was using all of them for, so we decided to leave, Dan decided to drop us at school, all of a sudden, Smith said he was going out and I told him that since

he released inside me, I am in school and I do not want to get pregnant, what would I do? So he brought a drug( ampiclaux) and asked me to take it, I did and left to the tailor’s place with Susan, after we finished from there, Susan asked if I had sex with Smith and I denied but

her response was “stop lying, I was watching you guys from the other room”, well I checked the room properly and even took a picture, there was no wiring to prove it that, so I decide to tell her the truth and I said Susan, Smith forced himself on me and she goes oh oh oh fuck,

something else that’ll be more effective.
Dan came to pick us from there, I just sat at the back of the car, I don’t know how she told him but he stopped by the pharmacy and got another pill( postinor) with water and Susan asked me to take it immediately before we get to school

She told me to wear a smile so people don’t start asking questions, I couldn’t, even when I tried forcing the smile, I couldn’t, so we got back to the hostel, she helped me boil water and I went to bathe, and then steam…she made food and told me to eat, and smile before others

would get back, I wasn’t myself, I wasn’t happy and I just wanted the ground to open and swallow me?…I slept off while crying and fortunately my pastor called and told me to attend Communion service, I needed to get out, so immediately I dressed up and went,during the course

of the service, I cried and told God I wasn’t happy and that he should make me happy because I’m a very joyful person, always smiling and that he should help me to forgive this boy. Somehow I dunno how it happened buh I just became happy for no reason, I laughed and went back to

my hostel dancing, everyone kept asking what’s up buh I told them I am just happy? and I moved on like that. Smith that used to call and text now has stopped all of that, I didn’t even hear from his again?

So forward to December when I came back home after the semester was over, my parents saw me and asked why I had lost so much weight and why my eyes had gone inside like I was sick but I just told them it was school stress and that I wasn’t eating well, they got me blok tonic

My sister who is married came visiting and asked us to go out, while dressing up she asked why my boobs has gone down and my hips and bum reduced too, I told her I don’t know and that everyone has just been complaining too ?but mom and dad had gotten me blood tonic so it’d help

During that December period, I started hearing a lot of stories about yahoo guys, I got really scared and I just kept praying and saying hope they’ve not used my destiny, I looked for scriptures to pray with and I came across Psalms 35 and it felt like the perfect prayer for me

December 26th, I chatted Smith up, and I told him, “do you know what you did to me is called rape, do you know you raped me?” I wanted him to genuinely feel sorry, he started calling me but I was with my mom and couldn’t pick the call so I sent a message saying, I’m not in the

right condition to talk to you right now and next thing I knew he goes , “I am even calling you so we could talk about your mistake”
Wow !! My mistake ?
My mistake was letting you into my life
My mistake was coming to see you
That was my mistake…
i was so pained…

And he goes, do not ever call me or text me again, in fact, I do not need You anymore and he blocked me ?.

On the 31st of December 2017,New year’s eve, we all went to church which was a normal tradition every year, during the course of the service,my pastor called me out, told me to kneel on the alter and asked the church to pray for me that I will not be fall sick ,so that passed

On the 7th of January 2018, I went to church and told my pastor to pray for me that I’ll be resuming school the next day. As he was about to pray for journey mercies and academic excellence like he always does, he switched to You will not be sick. So my parents told me to not

My roommate whom I loved with all of my heart,mind and soul sold me out to be used for ritual….I still keep asking myself till date “What was the price for my life ?”

And the worse part is anytime I think about it….I find myself still praying for her 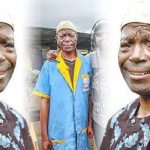 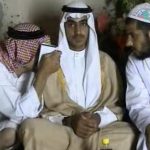 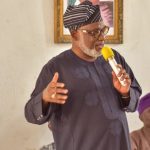 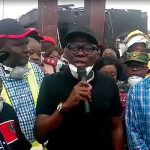