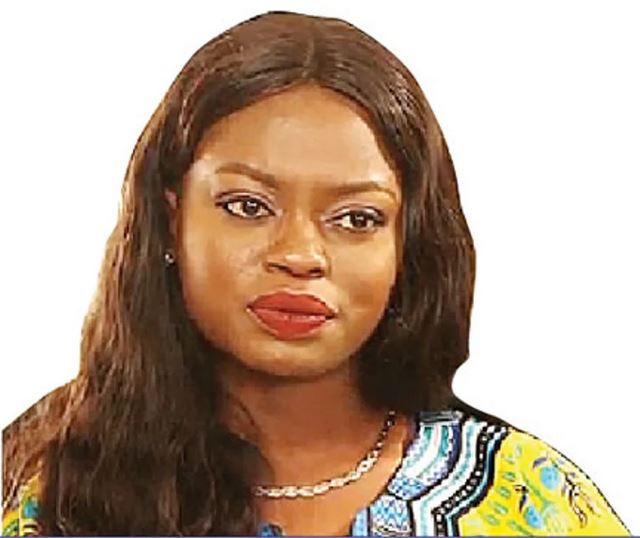 Oluwaseun Osowobi, the Executive Director of Stand to End Rape Initiative, is one of the survivors of COVID-19. Osowobi, who stayed in a Lagos State isolation centre for two weeks before testing negative, talks about how she came down with the virus, her stay in the isolation ward, her experience with medics and others with SIMON UTEBOR

You are a survivor of the deadly COVID-19, how did you come down with the virus?

I was in the United Kingdom for couple of activities and I must have contracted it during one of the events, during transportation or from someone I was in close contact with. It is very difficult to tell. But I contracted it in the UK; that is how I came down with the virus.

How did you know you had it?

I didn’t know until I got tested. I had to get tested to know that I had it.

What symptoms did you have that made you go for testing?

I had symptoms like fever, cough, dizziness, loss of appetite, and a couple of others. I knew that those were symptoms for COVID-19 but I wasn’t too sure and I needed to get tested to know if I was down with the virus or not, so I went for the testing. I was tested here in Nigeria.

From your experience in isolation centre, what do you think should or can be improved on by the government, medical teams and others involved in the management of patients?

I think one thing that can definitely be improved upon is communication between the management team and patients because we were kept in the dark about our results. Tests were done almost every two days but we were not being carried along regarding the results – if we were getting better or getting worse. People were very anxious to know what their situation was. I think sharing information with the people involved in the situation is itself actually very good because it will encourage them to fight harder and if the situation is not getting better, they can know how to fight or be encouraged to want to fight the virus. I think that is one thing that could be improved upon by the Ministry of Health and the entire health care system. Communication is very helpful, especially for the mental health of the patient at that time. Patients want to know what is going on and that is important.

What was your psychology like when it was confirmed that you were positive?

The first thing that came to mind was: ‘Am I going to die?’ I was scared and worried. I was hopeful, but seriously filled with fear because looking at the data and statistics of those who had died from the virus, it wouldn’t take long to put two and two together and begin to question one’s own capability to pull through the experience. So, I was a bit concerned and worried about if the Ministry of Health was ready and able to handle the situation. I had so many thoughts running through my mind on our readiness to handle such cases – if we were ready to handle such cases or if my case was going to be like that of a guinea pig to carry out a test. I just had a lot going through my mind at that time.

I will not be able to speak about that because I was in a ward and my knowledge of what was going on in other parts was limited. But I can speak for my own ward: we were well fed and taken care of. Were there lapses? Of course, they were, because every system was also learning through its own. So, I won’t be able to speak about the man’s situation because I don’t know the isolation centre his daughter was taken to. I am not aware of the situation because at that time, no one was checking to know what was happening outside one’s ward. For instance, everybody in my ward was just fighting to test negative and beat the virus. So it is difficult for me to say that the treatment was selective because I didn’t experience that and I did not see it in my ward.

I won’t call it stigmatisation, I will call it unfair treatment because the way I was received did not show care or support and understanding. I felt very bad when I was taken to the isolation centre and how the health care workers received me. I really can’t speak for anyone; I can only speak based on my experience. Some might have experienced stigmatisation, I really can’t tell, but from my own experience, there were times when nurses would come and yell at you, “Wear your mask, wear your mask.”

I understand that they were also trying to protect themselves so that they would not contract the virus. I will not call it stigmatisation; maybe it was not the best approach or the best way to pass their messages across sometimes but I wouldn’t say it was outright stigmatisation.

How did the health workers treat you?

It was good. As I said, there were lapses at the beginning but it was good in the long run.  The majority of them cared for me and were supportive, but you know, nobody is perfect. It was good to the best of my knowledge.

Did you experience any kind of unfair treatment that can dissuade people from wanting to go to the isolation centre?

Again, I won’t be able to speak for anyone else, because I wouldn’t know. I will only be able to speak about my own experience and what I saw so that I won’t give an inaccurate account of the situation outside of my knowledge. I wouldn’t say their attitude would dissuade anyone because at the end of the day, your health is the most important thing. The attitude of the health care workers may not be the best in someone’s judgment book but the important thing is for people to come forward to get help. That is the most important thing right now; the attitude of the health care workers is quite different from helping people who come forward. But I think the conversation should actually be for people to come forward regardless of the situation.

How long did you stay at the isolation centre before you were given a clean bill of health?

I was there for two weeks.

Did the doctors appear well trained to handle COVID-19?

There are conspiracy theorists who say COVID-19 has created the fear needed for everyone to accept vaccines that will be encoded to fulfil the coming of the Antichrist as predicted in the Book of Revelations in the Bible, what do you think about that?

I have no comment. I just know that we have a virus that is killing people, causing so much damage and we all need to come together to stop it.

Some people also say coronavirus is a scam, while some others say the symptoms associated with it are caused by 5G technology and not the coronavirus, what do you think about that?

Well, I am not familiar with (any) 5G technology causing coronavirus, I don’t have data to back that up. I haven’t done any research in that regard and I don’t have any facts regarding that. So, I won’t say anything about that. But for those who say that COVID-19 does not exist, well I had the experience and I have narrated my story.

Given the donations from different organisations and individuals, would you say those materials or funds helped in facilitating your treatment in any way?

I was isolated so I didn’t have as much information as I should or would have intended to have. All I can say is that the Lagos State Government helped me and others in my ward to survive by giving us adequate care and services. It may not have been perfect as I said earlier but it was enough to help us get better. That is what I can say in that regard.

Did they collect money from you for treatment?

They did not collect a dime from me. It was absolutely free.