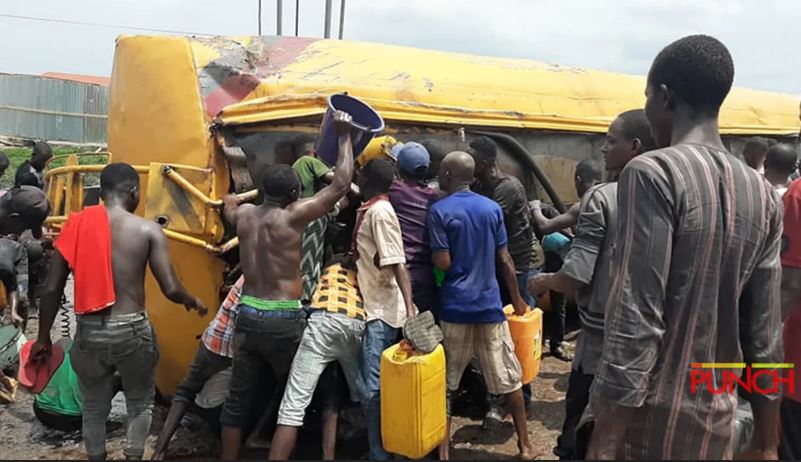 According to Punch Metro, there was mild apprehension at the OPIC end of the Lagos–Ibadan Expressway when a tanker fell by the main road on Wednesday. Shortly after the incident, however, many young persons around the area stormed the scene and started scooping fuel from the busted tanker.

The incident, which happened around 12:43pm, was witnessed by our correspondents, some policemen, motorists and other passersby. There was however mild apprehension that the tanker could explode.

The accident, which was triggered by reckless driving, happened when the driver of the unregistered tanker suddenly veered right from the light traffic that emanated from the police checkpoint close to the long bridge.

The driver was seen speeding and struggling to manoeuvre the deep potholes by the side of the road, which caused the tanker to fall off the engine. The truck only had 242 written on it in blue ink. The driver fled the scene immediately.

People around the location immediately stormed the scene with buckets and jerry cans to scoop fuel, until the policemen enforcing the lockdown tried to chase them away. 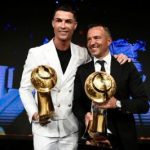