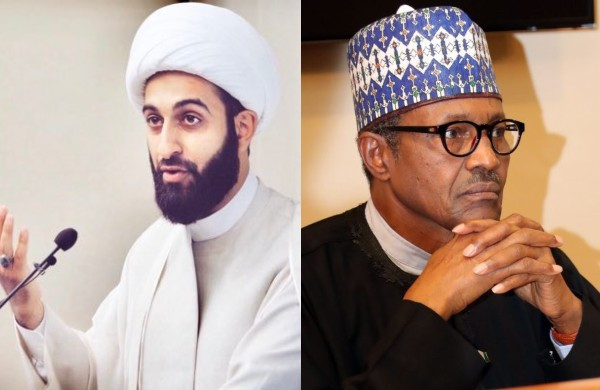 Popular Islamic cleric, Imam Tawhidi aka Imam of Peace on Friday called President Muhammadu Buhari the dumbest president to ever rule Nigeria. His annoyance could be traced to Buhari’s epic blunder on national television while addressing the nation on the coronavirus pandemic where he couldn’t pronounce the name of the disease that has crippled nations and killed thousands of people all over the world. Instead of COVID-19 as it is known, Buhari called it COVIK 1-9.

Angry that a president of a country could be that doltish, Imam Tawhidi dragged Buhari like a faulty generator on Twitter – it was really that bad. So bad, that one of Buhari’s aides had to lie that Imam Tawhidi blocked him just for him to evade questions put to him by worried Nigerians who were concerned how the President’s miscalculations had brought the country global humiliation.

The President of Nigeria Muhammadu Buhari still doesn’t know the name of the virus killing 24,000+ at such a rapid rate. Addressing the nation about it for the first time, he pronounced the virus as ‘CIVIK 1-9’.

3- Tamim of Qatar: Thinks he’s sexy. Answers only to mummy.

The issue which was resurrected on Twitter on Friday really caused a social media storm with Buhari and his supporters totally drubbed and silenced by missiles from Imam Tawhidi. Nigerians who had longed stomached Buhari’s incompetence latched on the trend to pour vituperations on the president, his supporters and members of the ruling party.

Imam Tawhidi called out Buhari over his failure to address Nigerians on coronavirus outbreak. He also lambasted Buhari over his poor handling of terrorism in Nigeria after Boko Haram terrorists some days ago killed over 40 soldiers. He called Buhari’s tactics of releasing thousands of terrorists ‘foolish’, as he emphasized that these same terrorists that are released, travel abroad and return to kill more Nigerians and security operatives.

Of course, Buhari brought this upon himself. Listening to Buhari speak is enough to convince you that he’s a man at war with intelligence, himself, age, time and everything. A man who has taken a task far beyond his scope of understanding. Academically unsound, he speaks like someone who never passed through the four walls of a school. Even if these points are to be excused, his lack of wit and discernment when it comes to national and global issues are legendary pointers to his imprudence.

As the world is dragged on its knees by the deadly coronavirus virus which has established itself as a notorious global killer, ripping states, countries and continents apart with unbelievable easy, it sounds unthinkable that a world leader and president of a country like Buhari has not made it a point of duty to know what’s going on around him; to know about this deadly killer disease especially for the fact that he’s more at risk because of his hobby to gallivant the globe at any given excuse.

I’ll say it again: Whoever voted for Buhari, especially for the second time after seeing his failures to crack down on terrorists, is 100% stupid, foolish and irresponsible. Victims of terrorism due to Buhari’s incompetence don’t care about minority or majority votes. Wake up. https://t.co/Cy5mUUtWpV

Whoever supports Buhari is not only foolish but also responsible for his crimes regardless of their nationality. I’m not even Nigerian and I am standing up for Nigerians. Maybe you should do the same instead of defending the cult that put that Covikkk criminal in power. https://t.co/ZzDBu4Q7Is

Buhari on March 22nd made a historic blunder on national television by pronouncing COVID-19 as COVIK 1-9. His handlers passed it off as another of his junk trademark. But, they were wrong.

Such an unforgivable blunder goes beyond mere speaking, it tells of a man totally disconnected from the events around him. It tells of a man who is not aware of his environment, a man detached from the rest of the world. It speaks of a man who is forgetful of his world, remoted and suffering from acute amnesia. It tells of a man tired of the burden of leadership imposed on him by those who stood to gain as far as he continues to stay in power. It speaks of a tired man secretly wishing to elope from his current position, but cowered by the wishes and caprices of power-hungry fellas controlling him.

It is a shame that a man who leads the most populous nation in Africa could be unaware of a disease that has crippled nations. Such ineptitude shows the level of decadence that has corrupted the highest level of leadership in Nigeria. As dump as such an act could be, it shows Buhari as a leader who is cluelessly paddling the boat of his country to an unknown destination. Even after such a ridiculous blunder, his aides who should have been sacked for making the president look stupid, went to market to insult those frowning at the blunder. Exactly the same script they keep playing anytime the President ridicules himself. I even wonder if the President enjoys acting the fool for his aides. It is inexcusable that Buhari doesn’t know the name of the deadly disease killing his people and he calls himself President of Nigeria. It shows clearly that he doesn’t care.

I love Nigeria. I have one Nigerian friend and she’s amazing. One of the most successful and honest people I know. I also welcome my new Nigerian followers on Twitter.

You have a beautiful country but it would be more beautiful without the terrorism enabled by Dictator Buhari.

A few folks spent hours yesterday trying to discredit @Imamofpeace via DM messages and I kept telling them the same thing, you are not that powerful & not everyone is an idiot. Your feeble words are not enough to influence the judgement of another person’s character. Shame on U!

That’s why you do not need to look far to know why Imam of Peace, Imam Tawhidi took Buhari and his supporters to the cleaners. He soaked, washed, dried and spread them on the hanger like a new dress. He called Buhari the dumbest person in Nigeria for not knowing the name of the disease that has killed thousands and infected over 300,000 people all over the world. A disease that has forced countries to lock borders, economies crashing and people forced to stay at home. How could he lock down the country, order civil servants to stay at home and even his chief of staff tested positive for the virus yet he knows not about the disease let alone its name. The only explanation is that the president is not the president.

It is quite clear that Buhari by himself, decided to become a global laughing stock, a thing of caricature and entertainment for the international audience through his clueless acts.

Like the Imam said, truth has no nationality. If we do not tell Buhari the truth about the lies he has been fed, he might die an unhappy man who had intentions of changing his country but was denied the opportunity by the hawks he surrounded himself with. Just the same way they have been lying for years now that Boko Haram has been defeated. Yet, the same people you defeated have been killing soldiers as if they are baits used for hunting practice. The same way he deceived Nigerians by lying that he has removed oil subsidy whereas his government secretly pays same subsidy he swore had been removed. It is obvious Buhari is not one of us. What they have given him, I can’t say, but he is totally in a world of his own – high on a cheap weed that disconnects him from present realities. It is quite sad that the president’s handlers have once again found another opportunity to ridicule him on the global stage. What a pity!

Alexander Thandi Ubani is a journalist.

He writes from Lagos. 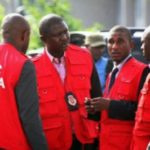 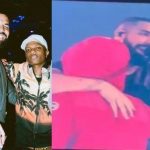 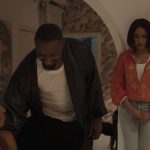 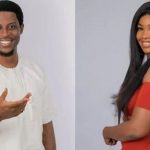 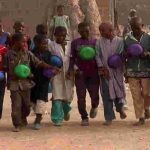