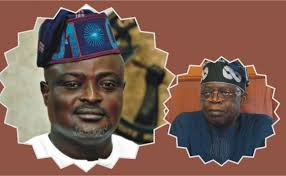 The intervention of the National Leader of the ruling All Progressives Congress (APC), Asiwaji Bola Ahmed Tinubu, on Tuesday was all that the state party needed to bring the Speaker of the Lagos State House of Assembly, Rt. Hon. Mudashiru Obasa, over his recklessness with power entrusted to him by the party leadership and using such power against his colleagues in the state legislature, Accordingly, Tinubu at a meeting the APC highest hierarchy in Lagos, the Governing Advisory Council (GAC), ordered Speaker Obasa to recall the four suspended members of the House with immediate effect.

The Speaker at the commencement of plenary on Thursday, announced the recall and immediate resumption of the four suspended lawmakers to restore the status quo ante.

The State Assembly leadership had at plenary on Monday, March 9 announced the indefinite suspension of the four lawmakers who include Olumuyiwa Jimoh, former Deputy Majority Leader, Rotimi Abiru, the Chief Whip, Moshood Oshun and Raheem Adewale.

The lawmakers were further prohibited from having access to the House of Assembly.

Hon. Oshun was among the House members who contested for the Office of the Speaker in the first tenure of Governor Akinwumi Ambode. Oshun, like other contenders, stepped down for Obasa to become Speaker after the intervention of the State APC leaders, essentially, Tinubu.

The suspended lawmakers had remained calm but declared that they will need Tinubu to intervene.

Speaker Obasa had announcing the reinstatement of the lawmakers on Thursday disclosed that the APC Governor’s Advisory Council, chaired by Tinubu, convened  a meeting on Tuesday for intervention on the crisis in the House, where  they agreed, according to the Speaker, to recall the suspended lawmakers.

However, hints from the meeting revealed Tinubu directed the Speaker     to immediately recall the suspended lawmakers, warning that such abuse of power must not be repeated.

Tinubu was also said to have cautioned the Speaker to desist from taking advantage of his position to intimidate, harass or punish his colleagues who agree with his leadership, warming strongly, that he must  consult the party leadership in the State.

The APC national leader had further scolded the affected lawmakers over leakage of some ‘secret’ documents of the House perceived to have passed through them.

Some of the said documents were gathered to be getting the attention of the Economic and Financial Crimes Commission (EFCC).

Meanwhile, there are insinuations that the Lagos Speaker is plotting surreptitious battle of hegemony in the state against Senator Bayo Osinowo and the Minister of Interior, Rauf Aregbesola. Their loyalists and allies in the Lagos State House of Assembly were alleged to be on the target of the Speaker. 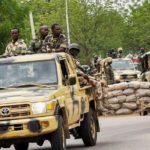 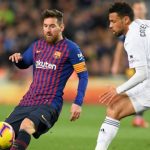 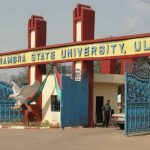