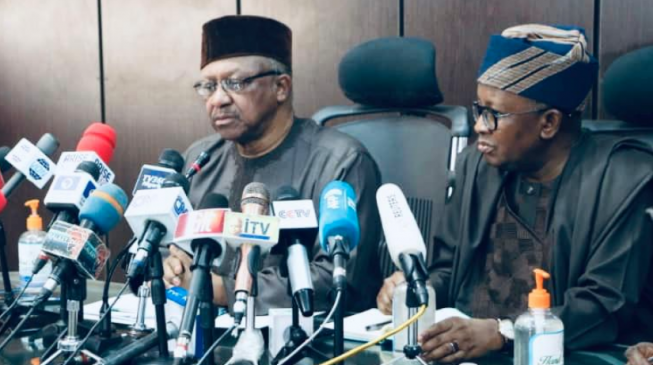 The Federal Government, on Friday, discharged the Nigerian man who tested positive to Coronavirus disease (COVID-19) after he tested negative twice.

The 179 people who came in contact with an Italian man who brought the virus to Nigeria, were also dischared having completed their 14 days isolation without any sign of the virus in them.

Giving an update to newsmen in Lagos, the Lagos State Commissioner for Health, Prof. Akin Abayomi, said the Nigerian who had very close contact with the Italian tested positive to COVID-19 twice.

He said the test subsequently turned negative and he does not have any symptoms at the moment and he is now clear of the virus.

“After two consecutive negative tests, we took the decision that he should be discharged, he is now discharged,” he said.

Regarding the 179 contacts of the index case, he said:

“179 contacts were traced, out of which 40 were in Ogun and the rest of the 139 were in Lagos and other states.

“Some travelled out of Lagos. All of them are being followed up because we were able to identify them all.

“All the 179 were in isolation for 14 days and they have exceeded it already. They had been allowed to go as none of them developed any symptom of the disease.”

The commissioner added that all suspected patients at the IDH in Lagos had been discharged and there won’t be any follow up on any contact in Lagos.

He said the index case would soon be discharged too, though, he said the last test carried out on him showed he was still secreting small amounts of the virus, which is why he is still being kept at the infectious disease hospital in Yaba.

“He is potentially still contagious. Our tests indicated that any moment from now, his immune system will clear the infection and then we will look for a second negative.

“If his test shows negative after 48 hours, we will repeat the test to confirm if he’s still negative. If that happens, it means he is consistently being non-contagious and cannot transmit the virus or pose any danger to the community. At that point, we will discharge him.

“We are getting close to discharging the index case because we believe he is no longer contagious to any significant degree but we want to make sure that once he is out of our jurisdiction, he poses no danger to the community here in Nigeria, on the airline he will use back to Europe or to his community in Europe.”

Meanwhile, the 40 people quarantined in Ogun State over their contact with the Italian were released yesterday after being in the isolation centre since February 28.