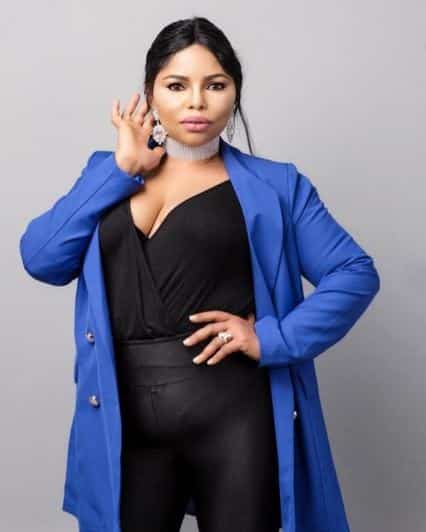 Nollywood actress, Timmy K has made some startling claims about her ex husband, revealing that he abused her.

Timmy K said her ex-husband not only abused her but also forced her to take blood oath all through the time their marriage lasted.

The actress and producer got married to a British at the age of 19. She also informed Nation that she has filed for divorce on February 6, 2020 to save her life.

Timmy K disclosed that her relationship with MacNicol started as a goddaughter and godfather relationship until it eventually turned out to courtship which led to her getting pregnant.

She said; “He started as a God father to me and from there to something else and then we got involved and got engaged. As of then i was still busy with my career. Things happened and I got pregnant. I was on a movie training in Ghana when i discovered that I was pregnant. That was where my mystery started. That movie would have been my major breakthrough but he took my career away from me”.

Now depressed and going through divorce, the mother of one also said her ex husband enslaved her in the United Kingdom even when he was faraway Ghana. She disclosed that he made her take blood oath so she wont have extra marital affairs.

“No one believes what I am going through, no one believes that emotional abuse is real. It got to a point that I couldn’t hold myself anymore, I felt empty I felt like the whole world has ended, I felt less human. I cant be going through pain like this just in the name of marriage. We were married for seven years.

“The abuse started without me knowing I was being abused because I was quite young then and naive so I didn’t understand what is emotional and physical abuse. He said he was looking after me as a father figure. Being an orphan I had no idea i was being taken advantage of my ignorance. When my pregnancy was seven months he would come back home only to start abusing me physically. He hit me real bad when I was seven months pregnant, he even strangled me. I can’t use one of my thumbs anymore as  a result of his physical assault on me. He deleted every single piece of evidence I had against him. I started living here like a maid not a wife, he put a tracking device on my phone, even the TV in the house I didn’t have a password to it, he operated it all the way from Ghana because he was in Ghana while I and my son were in the UK. He knows every single thing I do.

“When we married, he forced me to swear blood oat with him that i will never cheat on him or leave him in any circumstances. This is why i will always advise young ladies never to marry elderly men no matter how much money he has. If you get married to him because he will better your life just the same way I did there are things inside that marriage that you cannot handle. It will destroy you gradually, you will have money in your account and you can’t spend it.

She however disclosed that due to the abusive nature of her husband, she has not had sex for nine years.

“I haven’t had sex for good nine years even tho I am married. I went back to being a virgin after giving birth to my son.” 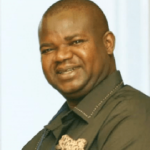 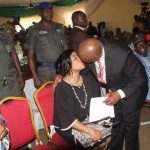 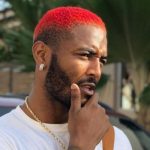 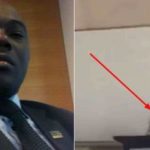 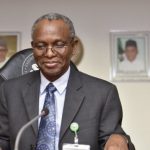