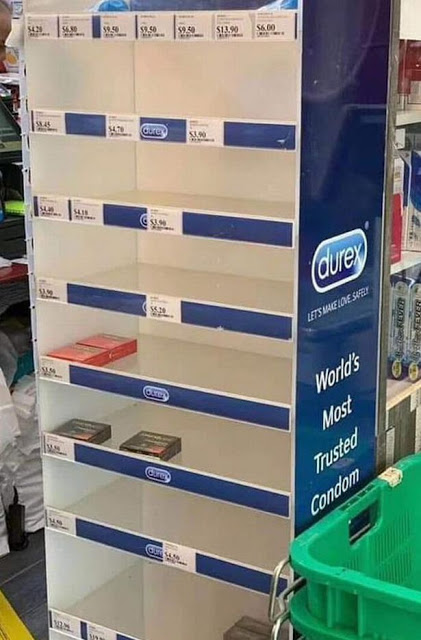 People all over the world are currently doing whatever they can to prevent themselves getting Coronavirus, from wearing face masks everywhere they go to using hand sanitiser more times a day than they can count.

But methods of prevention seem to be getting more and more extreme and depending on your point of view, some may even say ridiculous.

The latest strategy allegedly sees people panic-buying packets of condoms to put them on their fingers to protect against the virus when pushing elevator buttons in buildings.

Photos have been doing the rounds on social media showing empty Durex condom shelves in stores in Australia and Singapore.

A Facebook user name Thanh Thai shared one such photo on the Ryde District Mum’s page, according to Mail Online.

Alongside the image, she wrote: “Can anybody please tell me what happened.”

Fellow parents explained that there had been a viral post encouraging people to buy condoms and put them on their fingers to avoid Coronavirus.

“There has been some stupid post telling people to put condoms on their fingers to push buttons etc,” replied one user. 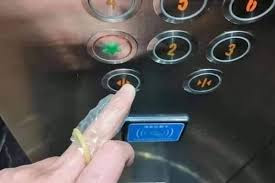 Another described it as being “beyond ridiculous”.

Over on Twitter people have also been talking about this, with users sharing photos of people actually wearing the condoms on their fingers.

“Condoms in Singapore sold out amidst Coronavirus fear. Since Singaporeans have been using the condom as a protective measure when touching the elevator buttons in their apartments and other buildings to prevent being contaminated,” wrote one person. 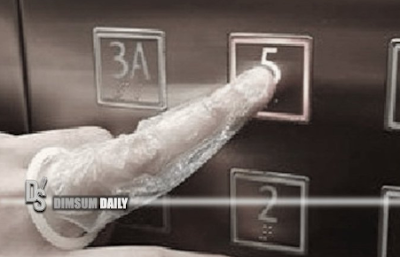 Another said: “Ok so because of the Coronavirus the supermarkets are empty cuz Singaporeans keep stocking up on food at home out of fear of going outside. My mom just told me in one supermarket the condom aisle is completely empty.”