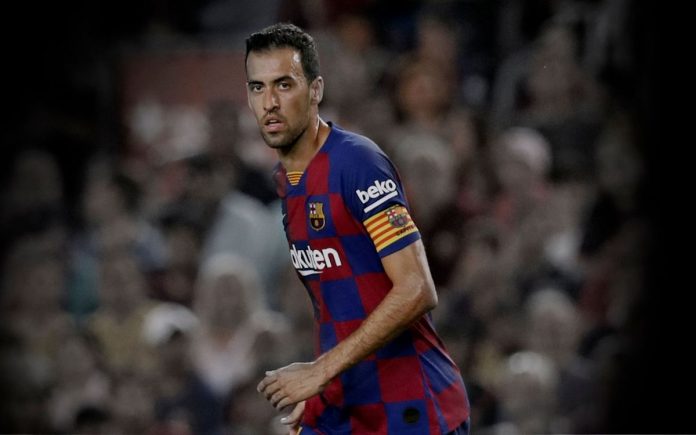 Sergio Busquets admitted that Barcelona didn’t know how to cope with Real Madrid’s pressing during Sunday’s Classico at the Estadio Santiago Bernabeu.

Quique Setien’s side struggled to play the ball through the thirds in the second half because the likes of Vinicius Junior and Fede Valverde closed them down.

“We lost control because we lost possession,” Busquets said after the game.

“We don’t know how to bring the ball out from the back when they press us man to man.

“Sometimes you’re not sure with a pass and you run a risk, although I think we have the players to carry it out.

“We all like to have the ball and I think we have the players for it.

“Every team suffers without the ball.

“We’re not the most defensive nor the most physical of teams.

“There’s still a long way to go in the league.”

Barcelona had the chance to go five points clear at the top of LaLiga Santander with a win but now find themselves behind Los Blancos in the table.

“It was the opportunity to gain some distance and it wasn’t to be,” Busquets said.

“We had a very good first half, but it changed in the second half.

“We struggled to play out from the back and they took their chance to come forward.

“They scored the opener in a disappointing moment.”