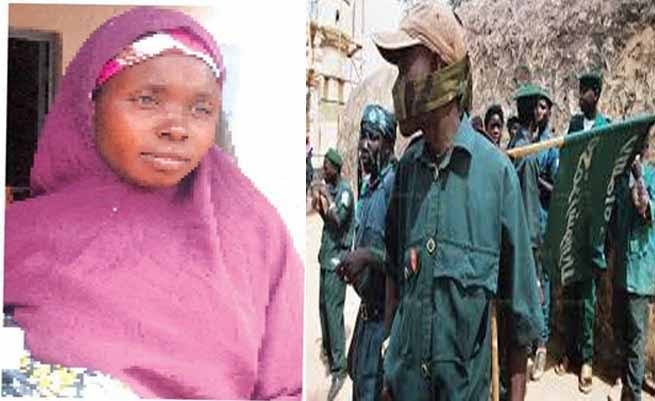 Kano State Hisbah Board has arrested a 37-year-old mother of ten, Hauwa Ali, for allegedly marrying two husbands in Kumbotso Local Government Area of the state.

Public Relations Officer, Alhaji Lawan Fagge, told the News Agency of Nigeria (NAN) on Tuesday, that the woman was arrested on Monday after her 45-year-old first husband, Bello Ibrahim, filed a complaint against her.

Fagge said the incident happened when the woman’s first husband was critically ill and was taken to a village for treatment and so after waiting for some time she thought he was dead and proceeded to marry the second husband, Bala Abdulsalam, 40 years old.

“Bello Ibrahim, 45, is the first husband, who is the father of her six children. He fell critically ill and he was taken to a village for treatment. She thought he is dead after taking a long period.

“Meanwhile, they were living in their matrimonial home when she went ahead to marry another man, Bala Abdulsalam, 40 years old who claimed he paid a dowry of N20,000 to her.

“When Ibrahim (the first husband) recovered from the sickness, he was brought back to the house only to find that she was married to another man.

“The woman at the moment has three or four children for the second husband. She claimed the first husband had divorced her but he denied ever divorcing her,” Fagge said.

“There and then, they reported the case at the HISBAH office in Kumbotso where the case was later transferred to the head office in Kano,” Fagge said.

The PRO officer said the woman would be charged to court after conclusion of investigation.

Meanwhile, KanyiDaily had also reported that a 22-year-old woman, Nkeiruka Winifred, was dragged before an Ebonyi State Magistrates’ Court, sitting in Abakaliki, for marrying two men at same time.