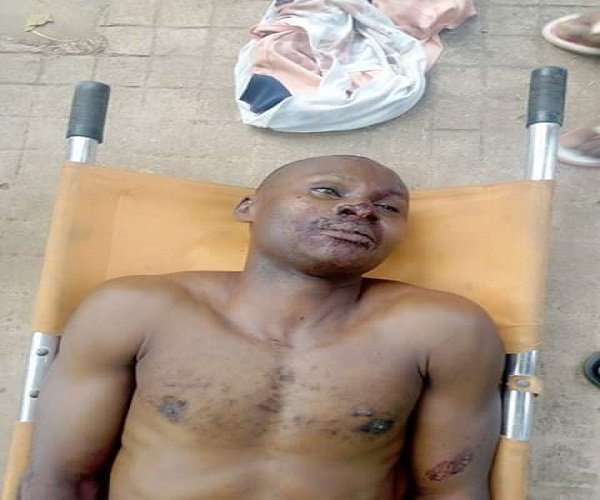 According to The Nation, one person has been killed in Ebonyi as the primaries for the People’s Democratic Party (PDP) turned bloody on Friday with pockets of violence recorded in various parts of the state.

The victim,  Mr Enyinnaya Ibiam, who was a Staff of Akanu Ibiam Federal Polytechnic Uwanna, Afikpo North Local government area, was shot to death by an unknown member of rival group of the party in the area.

Though reports were sketchy at the time of this report, it was however gathered that the bullet that killed him was intended for another person.

He said the police are on the trail of the shooter and will soon arrest him to answer for his crime.

He, however did not disclose the name of the shooter.

The eyewitness, who spoke to on condition of anonymity for fear of victimisation, said there was a serious clash between two groups at the venue of the councillorship election at Uwanna where armed thugs shot sporadically into the air to scare voters but it took the intervention of the Police who stormed the area and stopped them.

“There was a serious problem but the police came and teargassed them and the boys were disparsed. But later when the police left, the coordinator was said to have pulled out a gun and shot at his brother who is opposing his preferred candidate but fortunately he dodged the bullet and the bullet hit Ibiam who was standing at his back” she stated