Manchester United striker, Odion Ighalo, says he is not under pressure to score goals for the team.

The ex-Super Eagles frontman was a deadline day signing for the Red Devis and has featured twice in all competitions for the Red Devils against Chelsea in the English Premier League and a UEFA Europa League appearance against Club Brugge on Thursday.

Ighalo was a 67th-minute substitute for Martial but was unable to get his name on the score sheet but despite that, the striker says he is not bothered, as he believes the goals will start trickling in soon.

“Manchester United is a big team with winning tradition, I just have to keep doing my job and when the time comes, the goals will start coming. Overall, I am getting closer to scoring goals for united.

“I have only had three to four training with the team and I am gradually getting used to my new teammates, and I have to keep training hard to meet up because I haven’t played football since December and we know that the English Premier League and the Chinese League are two different leagues.”

Reacting to the 1-1 draw at Club Brugge, the 30-year-old says the draw was good for them as the away goal will serve as an advantage for the team.

“It is a good point for us because one point is better for us to take back to Old Trafford because we will be playing the second leg at home which is an advantage for us. So, it is better that we didn’t lose and we are looking forward to the next game.” 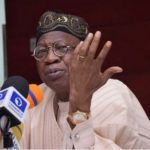