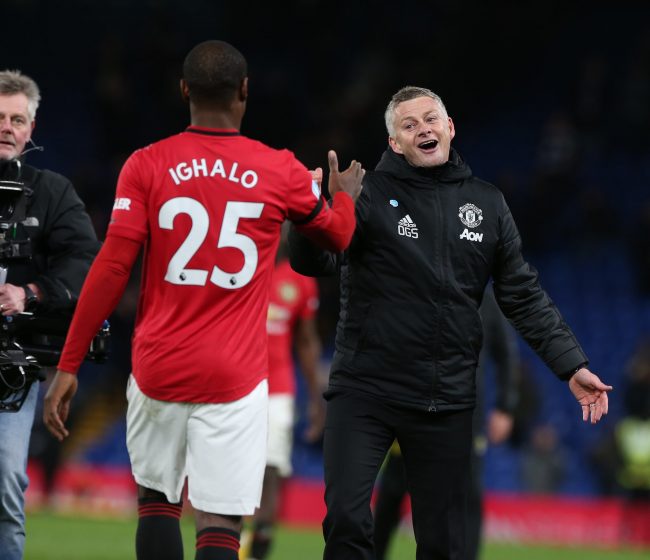 Ighalo Gets Good Ratings In Man United Debut vs Chelsea

Odion Ighalo got a good rating despite getting few minutes in his debut for Manchester United, in their 2-0 win at Chelsea in Monday’s Premier League game, Completesports.com reports.

The rating was compiled by BBC Sport and was for every Manchester United player that featured in the game.

Ighalo was introduced in the 90th minute for Anthony Martial and almost marked his debut with a goal when put through on goal, but was denied by Willy Caballero.

And according to the BBC Sport ratings, Ighalo got 6.30 per cent for his cameo appearance.

Portuguese midfielder Bruno Fernandes who had an assist for United’s second goal, was rated 7.37 per cent.

The former Super Eagles striker came in as a replacement for the injured Marcus Rashford who has a long-term injury.