A group of mountain gorillas – four out of the just over the 1,000 still left in existence – have died as the result of a fatal lightning strike in Uganda over the course of the weekend.

The affected group of gorillas consisted of three adult females, one who was with-child, and a male infant – they were found in Uganda’s Mgahinga National Park with “gross lesions” on their bodies pointing to death by electrocution.Read More Related Articles

“[This is a big loss for the species,” said the Greater Virunga Transboundary Collaboration (GVTC), considering rare mountain gorilla is close to being an endangered species, according to the BBC.

The species is protected all throughout a string of restricted safe havens or national parks located in Rwanda, Uganda and the Democratc Republic of Congo.

The four dead were designated as part of the Hirwa family, a 17-member group that migrated from their original dwellings in Rwanda to settle in Uganda’s Mgahinga National Park in the Virunga Massif mountain range last year.

The other 13 surviving members were found and are feeding well despite the recent tragedy to constituents of their family. 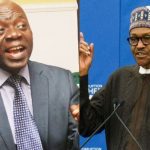 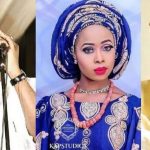