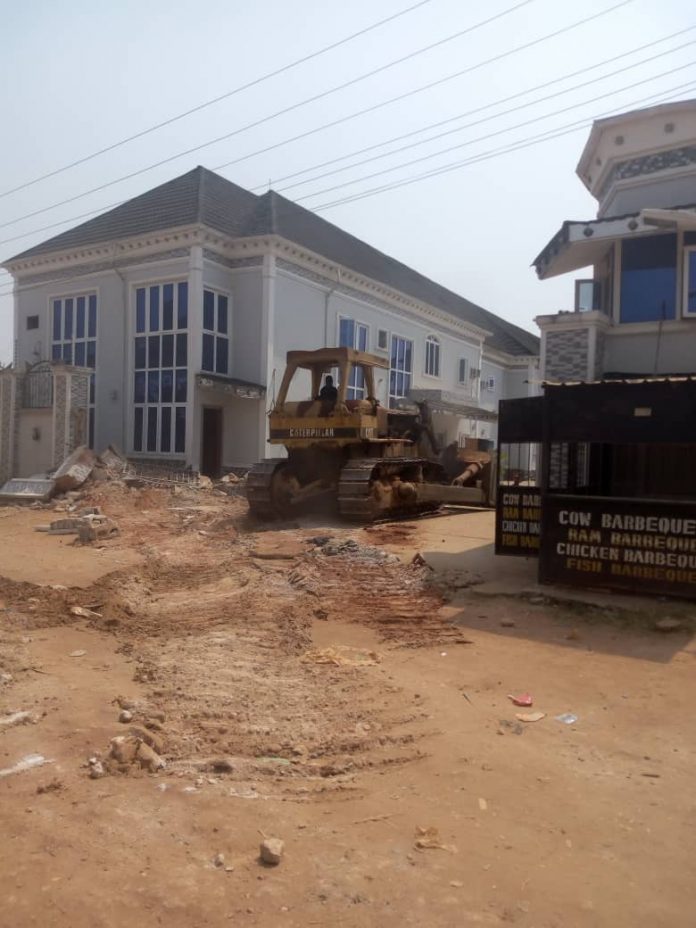 Governor Godwin Obaseki of Edo State has taken the political battle with APC national chairman, Adams Oshiomhole, to the extreme.   The Edo governor on Wednesday deployed bulldozers to demolish the hotel structure of a strong supporter of Oshiomhole in Benin City.

It was noted that having vacated the injunction secured by Tony Adun akaKabaka restraining the Edo State Government from executing the demolition notice earlier served him with regards to his illegally-sited property in Ugbor-Amagba axis of Benin City, the Edo State Government Wednesday mobilised heavy duty equipment and security officials to the property for its demolition.

The battle for the APC 2020 governorship ticket has been raging on between Gov Obaseki and Oshiomhole and is now getting fierce.