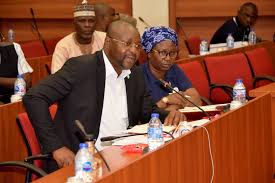 For the first time in the history of the Nigeria Women Premier League Super 4, the grand finale of the 2018/2019 edition will be graced by two first class Ministers of the Federal Republic of Nigeria.

The Sports Minister, Sunday Dare, and the Minister for Women’s Affairs, Pauline Tallen, have confirmed their presence at the ‘Soccer Temple’ Agege Stadium, as Special Guests of Honour at the grand finale of the NWPL Super 4.

This was disclosed by the Chairperson of the Nigeria Women Football League, Aisha Falode.

Falode, who is also a board member of the Nigeria Football Federation, noted that, the two ministers who are positively relevant to the event, will play multiple roles at the grand finale which has been fixed for Sunday, November 3, 2019.

“The two Ministers whose presence would add value to the grand finale, will combine to take the ceremonial kick-off before they will combine forces at both the Third Play final and the final.
The duo will take turn to present medals and trophies to the last three teams on the final day.”

An elated Falode, said she noticed that the Minister for Women Affairs fell in love with women’s football when she attended the Japan 2020 Olympic Qualifiers match between Nigeria’s Super Falcons and the Atlas Lioness of Algeria, played at the Agege Stadium.

On Sunday, November 3, Pauline Tallen will be staging a return to the Agege Stadium, this time to watch the high profile Women’s Premier League Super 4 challenge where the season’s champions will be determined.

“We are very happy for her confirmation of attendance as a special guest.

“We are also most delighted to have the indefatigable Sports Minister, Sunday Dare, in our midst. Since he resumed office as Minister, he has constantly played a fatherly role in the development of women’s football in Nigeria. We appreciate his extra care towards ensuring a standard women’s football fortune in Nigeria.

“With him, Nigeria Women’s football will go places at all levels,” Aisha Falode said.

For the 2018/2019 Nigeria Women Premier League proper, the four participating clubs have arrived in Lagos for action, while the press conference, the official draws and pre-match meeting hold Wednesday, October 30, 2019.

On Thursday, October 31, the four teams; Adamawa Queens, Bayelsa Queens, Confluence Queens and Rivers Angels, will officially have a feel of the pitch, while competition begins on Friday, November 1, 2019. The teams will go on break on Saturday November 2, 2019. 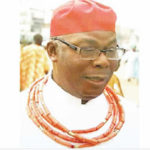 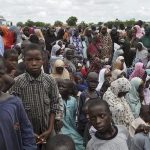 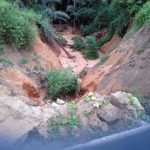 Young Man Dies At 7th Round While Competing With Lagos Sex Worker For N50,000 Bet 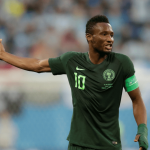