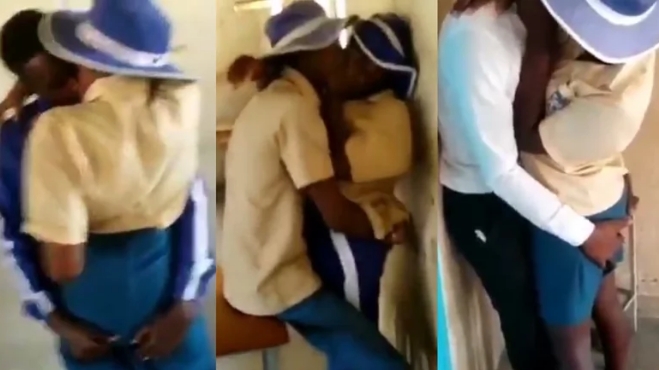 A disturbing video has emerged online showing some secondary school students making out around the four corners of a classroom.

In the viral video, the boys and girls were seen passionately romancing, kissing and fondling one another in a classroom like nobody’s business.

The boys seem to have shared the girls among themselves as if it was a group assignment which requires every member’s full participation.

It is not clear immediately where the incident took place and who filmed it but some media reports suggest that it happened in one of Nigerian school.

– A period momentous competition, among students around the four corner walls of a secondary school.