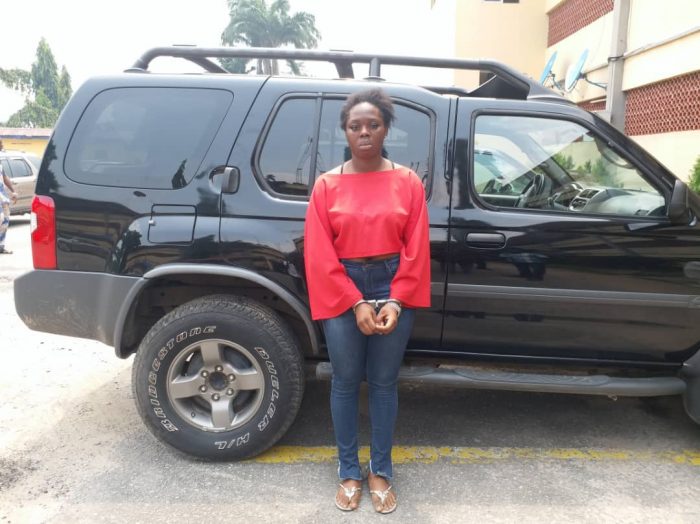 A 23-year-old woman, Deborah Nwachukwu, has been arrested by the Police in Ikeja, Lagos, Southwest Nigeria after she allegedly escaped with her estranged lover’s Sports Utility Vehicle, SUV and other valuables.

According to a report by PM News, the incident occurred on October 21 at MKO Street, off Toyin Street, Ikeja.

“The incident happened on 20/10/2019 at about 0200 hours when the man was sleeping. According to the complainant, he invited the suspect to help in cleaning up the house for him. That he met her at Shoprite in Ikeja selling some cleaning products for a company around the Shoprite.

“And they agreed for N20,000 payment for her services. The suspect however added that the invitation was not just for cleaning of the house but for sexual reasons. That after having sex, she noticed that the complainant was far asleep and she quickly took his two phones, Wrist watch, designer perfume, some cash and his SUV and escaped from the house after locking him up in the room.

“A team of detectives, led by the Divisional Police Officer, Ikeja CSP Gbenga Ogunsaki arrested the suspect and recovered the stolen items. The suspect has been charged to Court and remanded in correctional custody,” he said. 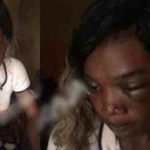 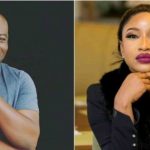 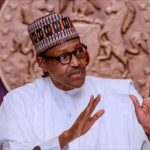 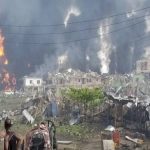