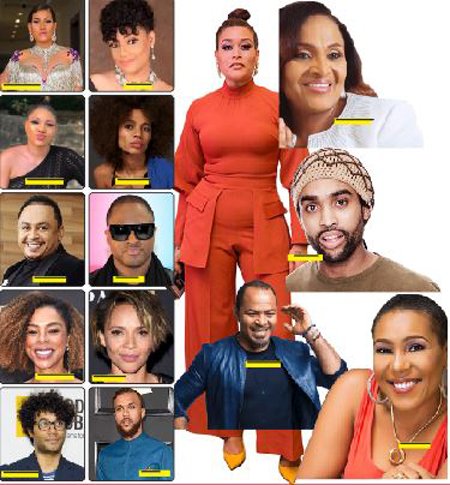 Check Out Famous Nigerian Celebrities Who Are Of Mixed Race (Photo)

This week’s super-talented celebrities are some of the brightest stars in the entertainment firmament.  They range from ageless beauties to super-gorgeous youngsters and to very handsome men. These group of actresses, singers, OAPs, models and politicians all have something in common: their bi-racial heritage. The term mixed race is applied to people who have a heritage comprising  two different races.  Black and white, brown and black, white and brown and others. In Nigeria, mixed race persons are often called half castes. Several mixed-race celebs have gone on to have successful careers in politics, sports, film, music and sports.

With the increasing visibility of inter-racial marriages leading to more mixed race people, the world is becoming a colourful place. Here is a roll call of mixed-race persons in showbiz in Nigeria.

Nollywood actress and model, Lilian Bach, was born in Lagos Island to a Nigerian (Yoruba) mother and a Polish father.

Nollywood actress and one-time producer Caroline Ekanem was born to a Scottish father and a Nigerian (Akwa Ibom) mother.

Actress-cum-model Queeneth’s father is Lebanese, while her mother is from Ebonyi State.

Nollywood actress, singer, film producer and director, Shan George, was born in Ediba, a town in Abi Local Government Area of Cross River State, Nigeria to a Nigerian mum and a British dad.

Ramsey Tokunbo Nouah Jr, popularly known as Ramsey Nouah, was born in Edo State to an Israeli father and a Yoruba mother who hails from Owo, Ondo State.

Wisconsin-born American rapper, singer, songwriter and record producer Jidenna Theodore Mobisson, popularly known as Jidenna, was born to a white mother and a Nigerian father who is Igbo.

Nneka Egbuna, widely known as Nneka, is a Nigerian singer, songwriter and actress.  Nneka is the daughter of an Igbo Nigerian father and a mixed race half-German mother.

Adegoke Odukoya, well-known as Ade Bantu, is a Nigerian German musician, producer and social activist, who is the front man of the 13 piece band BANTU. Ade Bantu was born in Wembley, London. He is the son of a German mother and a Nigerian father.

Adetayo Ayowale Onile-Ere, known professionally as Taio Cruz, is an English singer, songwriter, rapper and record producer. Taio was born in London to a Nigerian father and a Brazilian mother.

British actress Sophie Okonedo, is an English film, theatre and television actress. Sophie was born in London to a Jewish mother and Henry Okonedo, her British-Nigerian father.

British singer, television and film actress Carmen Elizabeth Ejogo’s father is a Nigerian, while her mother is Scottish.

Richard Ellef Ayoade is an English comedian, actor, filmmaker, author and television presenter. Ayoade was born in London to a Norwegian mother and a Nigerian father.

Nigerian broadcaster, presenter and social activist Ifedayo Olarinde, popularly known as Daddy Freeze, is also the founder of the Free The Sheeple movement in Nigeria. Freeze was born in Cluj-Napoca, Romania to a Nigerian(Yoruba) father and a Romanian mother.

Compiled by The Nation 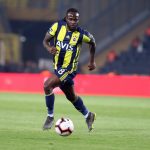 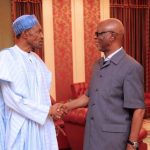