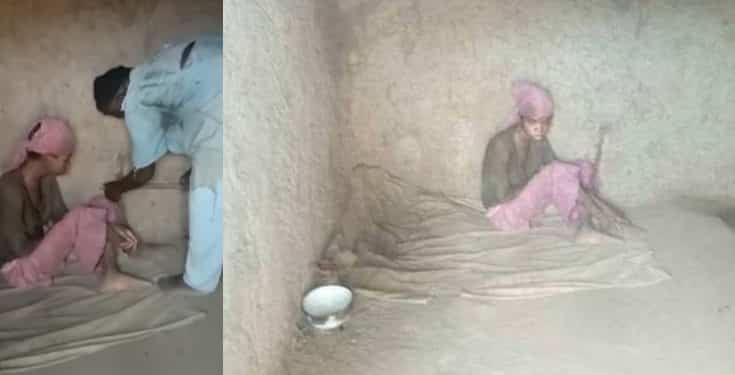 The National Agency for the Prohibition of Trafficking in Persons (NAPTIP) has arrested a 62-year-old man, Muhammad Ujujud, for chaining and locking up his 16-year-old daughter, Fatima, for over 2 years because she rejected forced marriage in Kano State.

Mr. Ujudud, a resident of Rinji village in Madobi Local Government Area of Kano State, punished the teenager for her alleged refusal to accept a husband he forced on her.

A member of the community who secretly leaked the story to journalists explained that the man locked Binta and her brother, Shehu, in separate cells in his house. Unfortunately, the boy died in detention recently.

According to the locals, Mr. Ujudud was notorious for meting out corporal punishment on his family and he was dreaded in the village. He rarely feeds his children with food whenever he’s holding them captive.

“He hardly gave them food to eat. The sleep and defecate in just one point,” said a neighbor who preferred not to be named.

NAPTIP operatives were quick to render help to the victim, Fatima who looked really pale and sick. The Operatives rushed her to a private hospital in Kano, where she is presently receiving proper medical treatment.

According to Daily Nigerian, one of Muhammad’s sons who ran away from home due to his father’s punishments, confirmed that Shehu, his sibling died of starvation while in captivity of their father.

The son also disclosed that their father was presently living with their step-mother after the death of their mother few years ago.

The state commandant of NAPTIP, Shehu Umar, confirmed the arrest and detention of Mr Ujudud, saying investigation is currently ongoing. 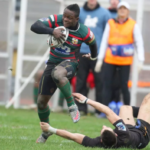 British Athlete Reveals Why He Left UK To Establish Base In Nigeria. 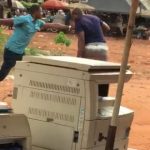 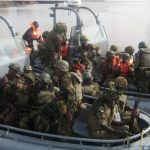 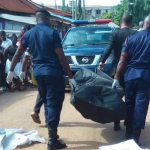 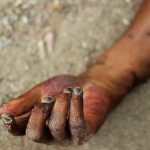