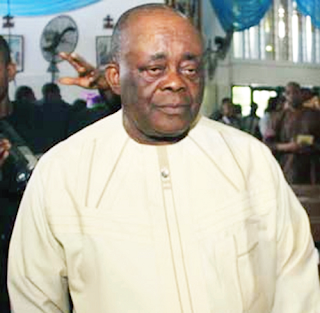 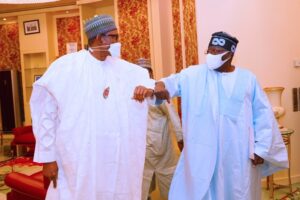 Lagos businessman Chief Vincent Obianodo (The Young Shall Grow) has taken the Chairman of Amuwo Odofin Local Government, Valentine Buraimoh, to court for the illegal and forceful seizure of a parcel of land belonging to his company, ‘Vinee Oil Nigeria Limited.’

He complained that the local government authorities illegally trespassed on the land at Second Avenue, Opposite Old NEPA Office, a stone throw from 22 Road junction, FESTAC Town.

In the suit the 73 year-old transporter is praying the Lagos State High Court, Lagos Division, for an interlocutory injunction retraining further action on the land by the council, pending the determination of the case. He is also seeking N100 million damages for the alleged trespass.

Crisis had broken out between the prominent businessman and the council, following the illegal seizure of the land near Agboju Market, and its conversion into the proposed ‘Ope-Oluwa Market’ by the council.

Obianodo, who is still recuperating from the gun shots he received from suspected kidnappers in Lagos, urged Governor Babajide Sanwo-Olu and the House of Assembly to prevail on the council chairman to stop the illegal acquisition of his land.

His counsel, Kennedy Okwara, said the council trespassed on the land in violation of the Lagos State Properties Protection Law (2016), which forbids forceful takeover of another person’s property.

He recalled that, following the acquisition of the expansive FESTAC/Amuwo Odofin land from Oluwa, Alado, Alamuwo and Onitire families in 1976, the land was vested in the Federal Housing Authority, which allocated it to Chief Obianodo in 1992.

Okwara stressed: “As a registered petroleum, oil and associated products’ dealership company, upon application, our client was formally allotted the parcel in 1992 by the Federal Housing Authority (FHA), and following its acceptance of the offer of allocation and compliance with all stipulated conditions, it was let into exclusive and undisturbed possession thereof.”

The lawyer said the allotted parcel, which was overgrown by wild bushes, marshy, water lodges and unattractive asset, was sand filled at the cost of N10 million between 1995 and 1996.

Okwara lamented that around May 25, the council chairman, accompanied by his agents, security men, contractor, together with bulldozers, pay loaders, graders and other heavy equipment, supervised the destruction of the concrete structures on the land and the dispersal of indigent petty traders on the land.

Decrying what he described as an “indiscriminate, reckless, irresponsible, mindless, criminal, trespassorial and illegal destruction,” he said the chairman resisted efforts to reach him and ignored the “stop work orders” and written cautions served on him by the FHA, which is the allocating and supervising federal agency in charge of Festac Town.

Okwara urged Sanwo-Olu to prevail on the council chairman to desist from the “sustained provocative and illegal activities of the chairman,” thereby preventing the temptation to resort to self-help.

He added: “We hereby implore you, as governor and chief security officer of Lagos State, to step in, not only to call the chairman of Amuwo Odofin Council to order, but also direct him to vacate our client’s parcel.”

Also urging the House of Assembly Speaker, Mudashiru Obasa, to wade into the crisis, Okwara said: “The council chairman has violated the Lagos State Properties Protection Law 2016, which was conceived and midwifed into operations by the House under your leadership. We urge you to urgently intervene in this matter, investigate it and of found liable, the culprit should be subjected to punishment or penalty.”

Efforts to get the reaction of the council chairman were unsuccessful as he did not respond to repeated phone calls to him. 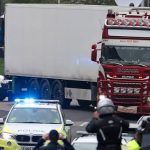 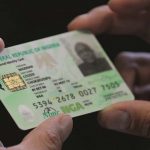