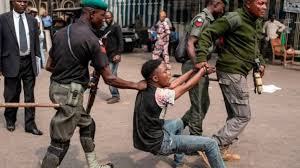 A UN human rights expert on Monday urged Nigeria to stop extra-judicial killings by security forces in the country.

In a preliminary report at the end of a 12-day visit to Nigeria, United Nations Special Rapporteur Agnes Callamard said the perpetrators of such inhuman acts should face justice.

“Every death or serious injury in police custody, and every alleged extrajudicial execution, ought to be adequately and impartially investigated by an independent body,” the UN top official told a news conference in Abuja.

According to her, officers suspected of being responsible for the killings should be suspended pending investigation, while those implicated should be dismissed and brought before a civilian court.

“The government should condemn publicly all extrajudicial executions and other unlawful killings, including of suspected armed robbers, and announce that perpetrators will be brought to justice in fair trials before ordinary civilian courts and without recourse to death penalty,” she said.

Callamard met with various stakeholders, including government officials, right groups, civil society groups, the media and victims of abuses, including survivors, witnesses and family members whose relatives have been brutally killed.

“I considered violations allegedly committed by state security agencies and by non-state actors, particularly in the northeast, Middle Belt and south of the country, as well as actions taken by the state to hold perpetrators accountable for their crimes,” she said.

Hundreds of Boko Haram detainees have been killed over the decade-long jihadist uprising, while dozens of civilians have died in police custody.

The security forces have repeatedly denied the allegations.

The government has also faced accusations of not doing enough to end the violence between herders and farmers in central Nigeria as well as the kidnappings for ransom and banditry in the northwest which have claimed thousands of lives in recent months.

The brutal crackdown on the pro-Iranian Shiite Islamic Movement of Nigeria and its leader Ibrahim El-Zakzaky and the Biafran separatist group IPOB has also been condemned. 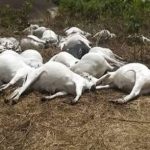 Revealed: What Actually Caused The Death Of 36 Cows In Ondo 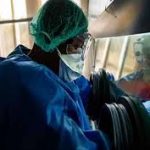