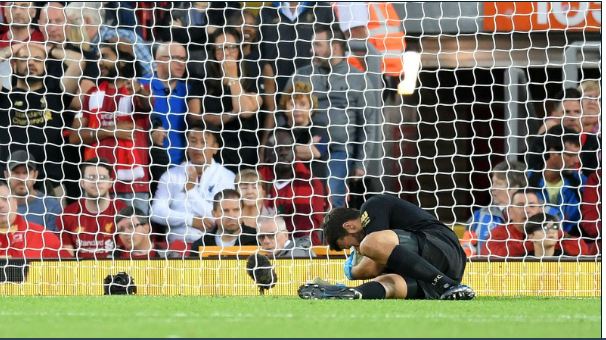 Chelsea fans will be relishing their chances over the injury blow to Liverpool’s goal keeper, Alisson Becker.

The Brazilian goalie suffered a problem with his right calf when taking a routine goal-kick, seven minutes before half-time in their 2019/2020 season’s opener. As the game briefly continued, Alisson signalled immediately to the bench and, after a lengthy delay, was helped from the field by Andy Massey, the club doctor.

The Reds began their quest to equal Manchester United’s 19 English Premiership League titles after they narrowly lost out that chance last season to Manchester City with an emphatic 4 – 1 humbling of Norwich City.

Liverpool will trade tackles with Chelsea for the UEFA Super Cup title at the BJK Vodafone Park, Istanbul, Turkey on Wednesday August 14, 2019 with the French female referee, Stephanie Frappart at the centre.

While Jurgen Klopp’s side is racing against time with their fans optimistic to get their number one goalie medically fit for the imminent showdown, Chelsea fans conversely will be wishing otherwise as that could possibly give them a slight edge over Liverpool.

The positive thing for Liverpool fans however was that Alisson at least turned down the option of a stretcher, but the concern on the faces of Klopp and his coaching staff, as well as Alisson’s team-mates, told its own story. Liverpool can ill-afford a long term injury to one of their key players, and the 26-year-old was in obvious pain and discomfort. 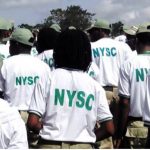 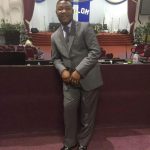