Punch Metro reports that over 500 members of a criminal gang in Bauchi, known by the street name, ‘Sara Suka’, have renounced their membership of the group and surrendered their weapons.

The repentant youths, aged between 18 and 25, laid down their arms, which included machetes, clubs, Dane guns and jack knives, among others, at a ceremony held at the police command headquarters in Bauchi.

Speaking at the ceremony, the state Commissioner of Police, Habu Sani, attributed the feat to the intense pressure put on the gang members as well as the command’s awareness campaigns and jingles on the ills and negative consequences of drug abuse and other crimes.

He said, “Over 500 Sara Suka thugs have surrendered and renounced these acts of criminality in the state. It is worth noting that most of the youth engaged in Sara Suka thuggery are creative and have a lot of potential in life if their current situation is well managed.”

According to him, the command opted for the carrot and stick approach by offering the youth an opportunity to turn a new leaf.

He explained that 294 of the repentant youths were skilled in various trades, 31 were students, while 170 were unskilled.

“Over 500 suspected criminals were arrested in connection with Sara Suka thuggery, armed robbery, kidnapping and other violent crimes. A large cache of arms, ammunition and other dangerous weapons was equally recovered from them between the months of May and July 2019,” Sani stated.

He appealed to the state government and non-governmental organisations to assist in the rehabilitation of the repentant youths.

The Bauchi State Governor, Bala Mohammed, who was represented by the Chief of Staff, Government House, Abubakar Kari, promised his administration’s commitment to improving the quality of life of the residents of the state.

Meet the Iconic Women Behind the Sudan Uprising 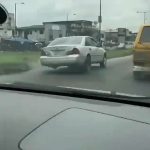 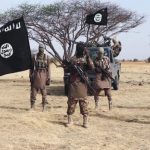