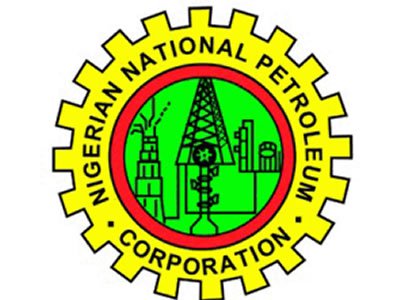 The Nigerian National Petroleum Corporation (NNPC) posted $490.03 million as proceeds from export sale of crude oil and gas in February, it was learnt yesterday.

The figure was 32.45 per cent higher than the previous month’s sale, according to a report in the Monthly Financial and Operations Report (MFOR) of the Corporation.

The report, the 43rd edition of the NNPC MFOR, explained that the export gas sales amounted to $139.74 million in the month under review, stating that the February 2018 to February 2019 crude oil and gas transactions indicated that crude oil & gas worth of $5.94 billion was exported.

The report announced a 40 per cent drop in recorded cases of oil pipeline vandalism in February, 2019 when compared with the reported incidents of January 2019.

A breakdown of the report indicated that in February 2019, a total of 137 pipeline points were vandalised which translates to 40 per cent drop from the 230 points vandalized in January 2019. It was revealed that Mosimi-Ibadan petroleum products pipeline accounted for 72 per cent of the breaks while Kaduna, Port-Harcourt, Warri and Gombe lines made up the remaining 28 per cent.

The report attributed the drop in the line break to efforts by NNPC, the local communities and other stakeholders to reduce and eventually eliminate pipeline vandalism.

To ensure continuous increase in petrol supply and effective distribution across the country, 1.27bn litres translating to 45.53 million liters/day were supplied for the month.

The MFOR explained that in the Downstream Sector, the corporation has continued to diligently monitor the daily stock of Premium Motor Spirit (PMS), otherwise called petro, to achieve smooth distribution of petroleum products and zero fuel queue across the nation.

In terms of natural gas off-take, commercialisation and utilisation, the records indicated that within the period, daily average natural gas supply to gas power plants increased by 8.23 per cent to 819.85 million standard cubic feet (mmscf), equivalent to power generation of 3,336MW. The figure is an improvement from the January 2019 record where an average of 757mmscfd was supplied to generate 3,124MW.

This implies that 57.17 per cent of the average daily gas produced was commercialized while the balance of 42.83 per cent was re-injected, used as upstream fuel gas or flared. Gas flare rate was 9.51 per cent for the month under review i.e. 757.94mmscfd, compared with average gas flare rate of 9.52 per cent i.e. 750.01mmscfd for the period February 2018 to February 2019. 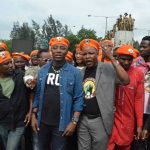