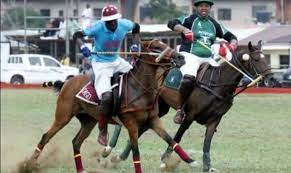 Governor Simon Lalong of Plateau State has assured that Polo games have the capacity to boost tourism, grow economy and open up the State for potential investors.

Lalong said the government will also support the efforts of NASCO for always ensuring that the game holds every year.

The Governor was speaking recently in Jos at the end of a long week Polo tournament sponsored by NASCO Group.

According to Lalong: “Government will continue to support the game of Polo for its potentials of promoting tourism, economic prosperity and opening up the State to the world.

“As patron of the Jos polo club, I reassured you that we will develop the facilities for the game of polo in Plateau and also encourage grassroots participation particularly among the younger generation”, he said.

Represented by the Chairman House Committee on Navy at the House of Representatives, Hon. Yusuf Garddi,

Lalong thanked the Nigerian Polo Federation (NPF), the leadership of the Jos Polo Club, as well as NASCO Group for consistently hosting the tournament and upgrading the facilities.

Consequently, the Jos-based Malcomines Polo team again emerged the champion of the tournament.

Malcomines which was the defending champion, won the 2021/2022 edition as they beat their opponent, Keffi Pony in a keenly contested match which ended 7 against four and half.

Our correspondent reports that the 33 teams and 130 players that jostled for glory were from Abuja, Kaduna, Yola, Zaria, Minna, Argungu, Maiduguri, Katsina, Kano, Bauchi and Keffi.

Speaking to newsmen however, the Corporate and Communications Advisor, NASCO Group, Haroun Audu, said that the annual Jos Polo tournament is an important plank through which the worldview of oneness, inclusion, hard work, resilience, excellence and fair play, adding that it can best mainstreamed into the lives and consciousness of the youth.

“NASCO’s almost half a century is dedicated in supporting sports, and the game of Polo in Jos and across Nigeria, is thus aimed to amplify the values of love, togetherness and devotion to bring out the best of our shared humanity, particularly amongst our young people”, he said.