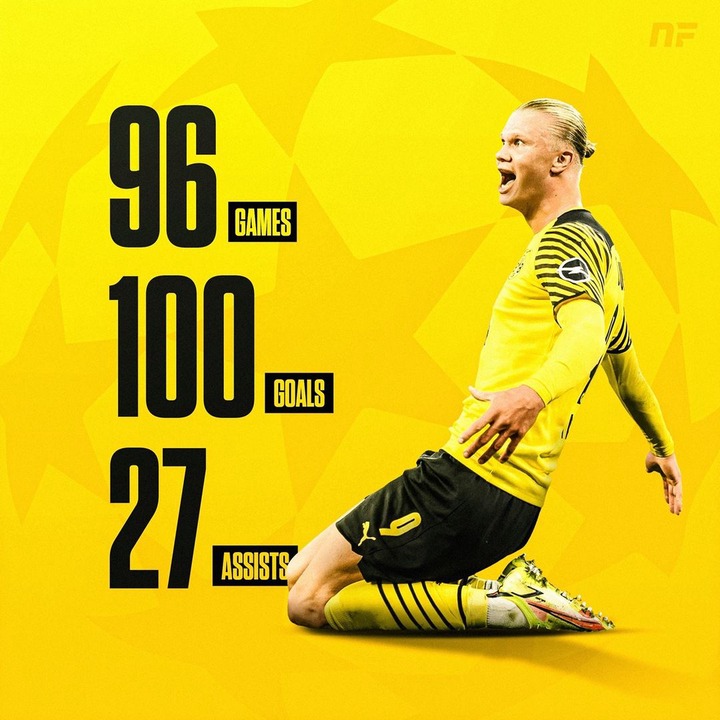 Haaland hints on where he would be playing next season

As the world ushers in the new year 2022, the January transfer window became officially open. The window which has been highly anticipated by clubs in Europe since the 2021/2022 season kicked off. A number of top players are expected to make that switch during this window.

Borussia Dortmund’s striker Erling Haaland is one of the top youngsters expected to make a move away from the German club. Although there hasn’t been any clear cut hint on the players future from his club, but they haven’t denied the possibility of the striker leaving.

The Erling Haaland however seems to have dropped a major hint on his possible exit from the club and league as well. According to AS, the Norwegian was approached by a number of fans in Marbella who enquired of the striker where he will be playing next season. He reported replied them saying “I will play her, in Spain”.

Despite the Norwegian fast rise to fame and popularity after he made that switch from RB Salzburg and then breaking out at Dortmund, emerging as one of the most dreaded forrwards in European football. He had become one of the most sort after players in the game, with top clubs in Europe’s top league considering a move for the player.

This report isn’t expected to raise the hopes of anyone as it is expected to be taken with an open heart, but it’s still doesn’t eliminate the fact that Haaland could in fact be telling the truth. This therefore brings up the question: Will Haaland join Barcelona or Real Madrid?

Judging from the financial state of both clubs, Barcelona are not inbthe best state financially to make a bid for the player at this time, not forgetting the club’s latest addition Ferran Torres. This therefore leaves Real Madrid as the most likely destination for the player.

But the Los Blancos have another player whom they are considering as their priority target. Kylian Mbappe remains the main target of the three successive UEFA champions league winner, but the Real Madrid chairman Florentino Perez is seriously considering partnering the French striker with Haaland to form a new Galactico attacking line-up.